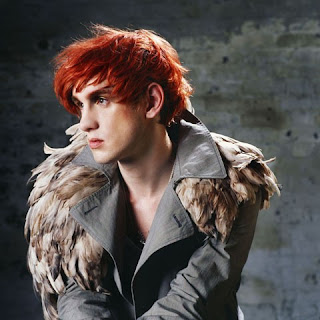 Because of the ancient holiday of Saturnalia, Saturn could be a great name for the season.

Saturn (pronounced "SAH-turn") is a Latin name, but surprisingly I can't find any meaning. In Greek mythology, Saturn is known as Cronus. He's the Titan who fathered Zeus and by extension most of the ruling generation of Olympians. In Roman mythology, Saturn, sometimes known as Saturnus, was a god of the harvest, justice, and strength. He is the son of Terra (the earth) and Caelus (the sky).

As the story goes, Terra and Caelus also gave birth to three children with fifty heads. Caelus hated them and imprisoned them under the earth. Terra was furious and asked her titan children for help in putting an end to Caelus' cruel treatment. Only Saturn responded. He either castrated him or sliced him into pieces and threw him into the Underworld. There is a mythical Golden Age in Roman history in which Saturn is said to have ruled.

According to myth, Saturn was the ruler of the Universe for untold ages. But it was prophesied that one day he would loose his power when his child killed him. Therefore,every time his wife Ops gave birth, he would eat the baby. This is famously depicted in Fransisco Goya's painting "Saturn Devouring One of His Sons." When the sixth child, Jupiter, was born, Ops had him spirited away and gave her husband a stone in swaddling clothes. Saturn was deceived, and ate it. When Jupiter grew up, he secured the job of cup bearer to his father. With the help of his grandmother Terra, Jupiter made a potion that would cause his father to vomit. He pucked out Jupiter's siblings Veritas, Ceres, Juno, Pluto, and Neptune, who managed to still be alive. Saturn was either castrated or chopped up into pieces with his own sickle, and cast off into the Underworld. And the cycle of domestic violence continues.

Saturnalia is often listed as the Pagan source of Christmas celebrations. Saturnalia did not begin as a celebration for the Winter Solstice. The holiday was instituted in 217 BC as a way to boost moral after the Roman's crushing military defeat in the battle against the Carthaginians. It was originally celebrated on December 17th, but it's popularity grew until it became a week long festival. Attempts at shortening the celebrations were met with revolts.

Saturnalia was celebrated a number of ways. They had the usual sacrifices to Saturn, which were performed at his temple. School was usually closed on this week. People would also make and give small presents. The role of master and slave were temporarily reversed and rules of etiquette were loosened. The customary greeting was, "Lo, Saturnalia!" Personally, I think our Yuletide celebrations have more to do with the Norse celebration involving Odin with a little bit of Saturnalia thrown in.

Of course, Saturn is also the name of a planet. It's the sixth planet from the sun with all the rings. It's about nine times the size of Earth and has at least sixty two moons. The planet has been observed by man since prehistoric times, and it was the most distant planet that they were aware of. So yes, the name is spacey, which might put a few people off it. Planet names are usually considered off limits by the name police except for Venus.

But despite the horrifying cannibalistic stories associated with it, I kind of like Saturn. It's strong and very unusual. And I think the spaciness is a plus, I like the association with another mysterious world. So Saturn is a great name for a daring namer.

Image Credit:
Found via http://pinterest.com
Posted by Isadora Vega at 10:44 AM