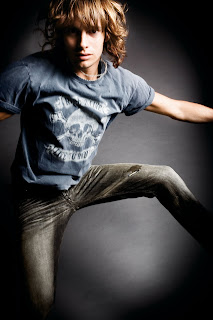 The word birch actually comes from the Old German language, derived from the word birka meaning "white." The Celtic name for birch is actually beth pronounced "BEH." The modern Celtic Tree Months are based on the idea that every letter in the Celtic alphabet has a corresponding tree.

The Birch Moon is the first month on the Celtic calender, so it makes sense that it's all about rebirth and regeneration. After Yule has passed, it's time for the days to get longer again as the God grows older. Spell casting during this month could be used to give an extra boost to new projects.

Wood and leaves from the birch tree have many practical and magickal uses. It's white, satin-like appearance make it attractive for furniture. The tree is also fragrant, it's used to make soap and shampoo. Extracts from the leaves are used to make cosmetics and dyes. Native American tribes prized the birch tree for it's bark. They used the bark to construct sturdy yet light-weight canoes. Ancient people also used to soak the bark, then use it as casts for broken bones.

The birch tree is also associated with creativity, fertility, healing, and protection. Neo-Pagans sometimes use them to make wands. Tying a red ribbon around a birch tree wards off negativity. In Gaelic folklore, the tree is also associated with Tir na nOg, which is the land of the dead. The birch tree used to be worshiped as a goddess in Russia during the first week of June. It is now their national tree. In non-Pagan cultures, the birch tree is used to decorate churches and homes on the Christian feast of Pentecost.

While it's not an unquestionably masculine name the same way that John and George are, there's just something about the strong, mono-syllabic Birch that just sounds more appropriate on a man. Birch is more familiar as a surname, which fits in nicely with the current trend of using last names as inspiration for first names. I see no down side, although I did find a smart alec remark of, "Replace the r with a t and you get..." Just like I don't believe to catering to dumb people when picking a name, I don't believe to bowing down to the cruelty of children either. I know that it's just one letter, but it's really not that obvious a connection to me. But if you're still concerned there's also the Norse version: Birk. Whichever you use, you've found a botanical name that's both earthy and manly, which is a tough combination to find.