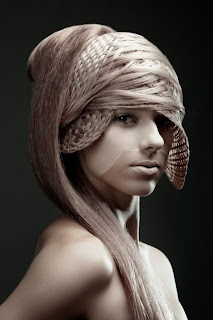 I just read another baby name website that reported that the name of one of Queen Elizabeth II's great-grandchildren is named Savannah. It surprised me. With it's abundance of Marys, Elizabeths, Williams, and Henrys, the family tree of the Royals appears to have a strict tradition of keeping names within the English identity. But Savannah is hardly a traditional English name.

Savannah (pronounced "suh-VA-nah") is a Spanish word meaning "a treeless plain." Savannah is the name of a particular kind of ecosystem. The largest savannah in the world is in Africa, which is why this name conjures lions, elephants, and cheetahs to many people.

This is also a place name for many cities in the United States. Savannah, Georgia has the unique distinction of being the most haunted city in America. How does one measure that, precisely? Anyways, the city's strangeness started at the time of it's foundation. The original city was a perfect square. Historians speculate that the design of Savannah is based on the design of Solomon's Temple. This might have been due to the original founder's desire to create a Utopian city. It's also partially built on old cemeteries, both White and Native American. Savannah historically has some connection to magic, through it's voodoo-practicing population. I didn't see anything when I went to Savannah (all girl scouts go to Savannah at some point, it's the birth place of Juliette Low), but there has been hundreds of reports of ghost sightings there.

Those of you well versed in cat breeds will recognize this name for a different reason. The savannah is a new, experimental breed of domestic cat that combines the genes of an serval and a house cat. The creation of the savannah was controversial, since it requires the capture and breeding of wild creatures. Some states do not recognize it as a domestic breed, and it is banned in some areas. But it does create a beautiful cat, and those that own them say that they are gentle and well behaved even though they require lots of space.

This name also has a fictional witchy namesake. Savannah Levine is the name of a half-witch, half-demon orphan in the fantasy series Women of the Otherworld by Kelley Armstrong. She is the youngest employee of the supernatural detective agency, where her guardians also work, and has quite a rebellious streak.

Savannah was one of my favorite names when I was a little girl. I found it exotic and unique. Evidently, many other people my age had the same idea, since this is a very common name. Savannah hit it's peak in 2006 ranking at #30. Since then, it's popularity has dwindled a little. In 2009, Savannah rated #40 in the United States, #61 in British Columbia, #73 in Australia, #246 in Scotland, and #410 in Norway. It also experienced some modest popularity in America through the 1880's to the 1920's, which surprised the hell out of me.

Many people feel that the name is trendy and dated. On the website I looked at, some were even horrified that it's now the name of a English princess. I think that attitude is a bit close-minded. Royal parents are just people like the rest of us. Even though I don't think I would ever use it due to it's popularity, this name still fills me with childlike glee. Princess Savannah...it has a nice ring to it.