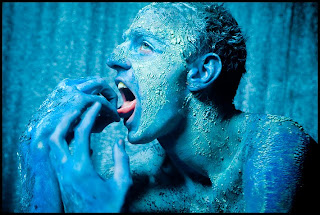 I can't talk about Gwynneve without talking about her lover Giannon, both characters in the book Confessions of a Pagan Nun.

Like Gwynneve, searches for the meaning and etymology behind the name Giannon result in nothing. My best guess is that it has something to do with Gannon (pronounced "GAH-non"), an Irish surname meaning "fair skinned." It had a short burst of popularity in recent years, it peaked in 2003 at #694 but it's not on the charts anymore.

What we do know is what happens to the Giannon in the novel. Giannon is a Druid who takes Gwynneve on as an apprentice. Not much is known about Gainnon's life before he comes into contact with Gwynneve, but it is suggested that there is a significant age difference between them.

From the beginning, Giannon is a difficult and taciturn man. People who are aware of his attitude advise Gwynneve against looking for him. As the years pass by and the two become lovers, his attitude doesn't change all that much. You get the sense that he cares deeply for her, but despite his gift with words he doesn't express it all that well.

Giannon's job is interesting, but is also what ultimately brings about his demise. There's not a lot about the book online, so what I'm about to write next comes from memory, and I'm sorry if it's inaccurate. If I'm recalling the story correctly, he is hired by chieftains to write satires about their enemies and crush their image. One of those people that he writes a satire about becomes rather annoyed and wants revenge. So people come in the middle of the night and drag Giannon out while Gwynneve and Giannon are in bed. Gwynneve waits and waits for him to come back, but eventually comes to terms with the likelihood that the worst has happened and leaves.

I don't want to give away the ending, so I don't want to say too much. But Giannon has a cool name with a manly sound. Assuming I'm saying it correctly, the pronunciation seems pretty intuitive to me. I see no reason not to use it in the real world. I'd be stoked to meet a young Giannon.

Sources:
Confessions of a Pagan Nun by Kate Horsley
http://www.thinkbabynames.com/meaning/1/Gannonhttp://www.babynamewizard.com/namipedia/boy/gannon