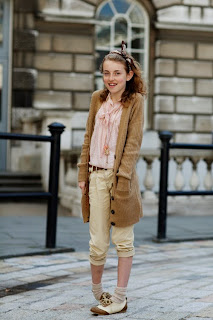 It's Magaly's Blogoversary Party! That means that here on Bewitching Names, we'll be concentrating on fictional witches. So starting of, I'm profiling the happiest Disney witch there is: Poppins. As in Mary Poppins!

Oh really? Let's review the evidence, shall we?

-Children Jane and Michael write an advertisement wishing for a fun and kind nanny, which their father throws into the fireplace. The paper floats up the chimney, and a few days later Mary Poppins floats down on her magical umbrella dressed all in black. I mean, hello.
-Has a magical bag that can hold enormous objects without being heavy.
-Can clean rooms by snapping her fingers.
-The birds obey her.
-Can travel into worlds by using chalk drawings on the sidewalk.
-Lives by her own rules, and goes where she pleases.

She sure seems like a Witch to me. Don't know what movie you were watching.

Mary is a pretty ordinary name. So let's look at her distinctive surname. It would seem that with today's fashions leaning towards surnames for girls that Poppins would be a good choice, right? But there is a problem. Poppins is not a "real" surname. Poppins was, as far as I can tell, invented by the author of the original Mary Poppins books, P. L. Travers.

So how did she come up with Poppins? I'm not sure exactly. If anyone has exact sources regarding this I would love to see it. I do know that it's very similar to Poppy. Poppy is seen as being a very happy and charming name, so it makes sense to use a variation for a charming, kind nanny.

So can Poppins be used as a baby name? I don't know. It kind of makes me think of the Poppin' Fresh Pillsbury Doughboy. But still, it's a happy, whimsical name that would fall in line with surname names even if it isn't "real." Plus, with a namesake like Mary Poppins, how can you go wrong?