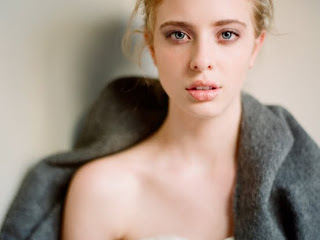 It's serendipitous that we're having the party during the Celtic tree month of Willow Moon. Willow (pronounced "WIH-low") is a very popular name, for Neo-Pagans and non-Pagans.

The willow is a tree that grows best in places with lots of rain, which there is a lot of during this time of year. This tree is sacred in many cultures, and is associated with healing, growth, nurturing, and women. The plant was used as a medicine for aches and fevers by the Assyrians, Sumerians, Egyptians, Greeks, and Native Americans. Willows contains salicin, which is a chemical similar to aspirin. People believe that if you plant a willow tree by your home it will protect you from natural disasters. Because of the tree limbs flexibility, they were used to make everything from baskets, chairs, dolls, wands, brooms, flutes, and fish traps.

Willow is one of the Nine Sacred Trees of Wicca and Witchcraft. The Wiccan Rede states that it guides the dead to the Summerland. But Neo-Pagans aren't the only ones who consider willow sacred. Taoist Witches use carvings from willow branches to communicate with the dead. In the Jewish religion, willow is one of the Four Species used during the holiday of Sukkot. A willow branch is one of the attributes of Kwan Yin, the Buddhist bodhisattva of compassion. Christians of Northwestern Europe sometimes use willow branches in place of palms on Palm Sunday.

The willow is a very striking looking tree. They almost look like they're crying. The branches are really thin and hang down, swinging in the breeze. Willowy is an adjective that means "graceful and slender," which are desired qualities in a woman.

There are several prominent references to the willow tree in literature and film. In the Harry Potter series, the Whomping Willow's branches angrily thrash at anything that comes near it. This might have been inspired from English folklore, in which willow trees are portrayed as sinister beings uprooting themselves and stalking travelers. The Japanese ghost story Green Willow features a young samurai falling in love with a woman who has a spiritual connection with the tree. Willows are referenced in many Shakespeare plays including Hamlet, Othello, and Twelfth Night. In the Disney film Pocahontas, the lead character seeks the council of Grandmother Willow.

But the most well known fictional Willow might be the one in Buffy the Vampire Slayer. Willow Rosenburg, played by Alyson Hannigan, was in the series from the beginning. She starts as a lovable, shy, nerdy girl, but develops her magical talent with Witchcraft. The character is seen as being a positive portrayal of both Witchcraft and lesbians. But after her lover dies, her magic becomes a dark force that threatens to take her over completely. She is the villain throughout the whole sixth season, but with the love of her friend she returns to her good self.

Despite all that, Willow didn't enter "namehood" until fairly recently. Many people still consider it a hippy name, despite it's popularity. It's currently at it's all time peak at #315. In other countries it's #156 in Canada and #280 in Scotland. It's rise is partially attributed to the several celebrity children with this name, both Sarah Palin and Will Smith have daughters named Willow.

Willow is seen almost exclusively as a girl's name. If it is given to a boy, you can bet that the parents are a fan of the fantasy film of the same name. Willow Ufgood is a character that is from a race of dwarf-like people. He is an amateur sorcerer and a farmer.

I wouldn't say that Willow is a Wicca-lite name. I would almost expect a girl named Willow to have a sister named Raven. But if the name's popularity surges any higher, that might not last. So come get Willow while it's good and Witchy.