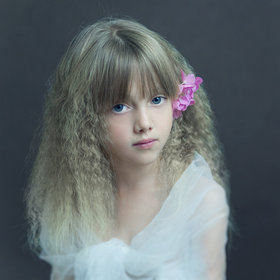 In the process of becoming a Wiccan, I am ready to give up on all sorts of Christmassy things I grew up with. Eggnog? Never liked it anyway, I've got wassail! Christmas songs? I've been able to find Pagan Yule songs, so I'm okay. But if you want to take away my Nutcracker, you'll have to pry it out of my dead Witchy hands. That's a tradition I'm not giving up.

Even though I have no intention of using it on a daughter, I have a soft spot for Clara because of the Nutcracker ballet. The ballet composed by Pyotr Ilyich Tchaikovsky was adapted from the book The Nutcracker and The Mouse King by E.T.A. Hoffman. The original production was not a success. People criticized it for not being faithful enough to the original story and for featuring too many children. Tchaikovsky detested his own work on the piece. And look at it now! It's the most famous ballet and one of the most famous classical compositions ever.

When I read the original Nutcracker story book by E.T.A. Hoffman, I was surprised to find that the heroine's name is not Clara, but Mary. In some versions of the ballet the character is called Marie, but never Mary. In the book, Clara is the name of one of her dolls. It is unclear why or when they changed the name.

Clara is a Latin name derived from clarus meaning "light," "clear," or "famous." A variation of Clara, Clare, has always been very popular throughout Europe and England. This is because it is the name of a well loved saint. Saint Clare of Assisi (born Chiara Offreduccio) was the most important female follower of Saint Francis. She founded the Order of Poor Ladies, commonly known as the Poor Clares, which was specifically for women. She also wrote the Rule of Life, which was the first monastic rule to be written by a woman.

Given it's popularity, it shouldn't be a surprise that it has a ton of fictional and real namesakes. Here are just a few of them. Clara Barton was an American who founded the Red Cross. Clara Bow was the quintessential flapper girl, and her movie Wings won the very first Academy Award for best motion picture. In the film Heidi, the lead character teaches Klara how to walk again. Clara is a kind mother with special powers in the novel House of the Spirits by Isabel Allende. A Clara Page appears in the F. Scott Fitzgerald novel This Side of Paradise.

Clara is a lovely Wicca-lite name for those wanting a name that symbolizes light and hope. These two things are very much associated with this time of year.