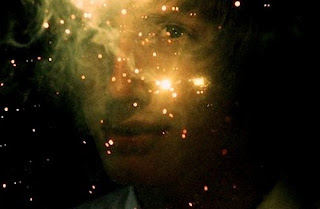 A reader named Kitsune has left a comment that intrigued me greatly. She said that she and her husband have decided that their third son, should they ever have one, will be named Lucifer. So this profile is greatly dedicated to her and her family.

But let's get into the name's history first, which is actually not malevolent at all. Lucifer (pronounced "LOO-sih-fer") is a Latin name derived from lucem ferre and it means "light bearer." Many people think that this name first appeared in the Bible, but they are wrong. In Ancient Roman times, Lucifer was the name for the planet Venus when it appears in the east before sunrise. Because it "brings the light" of day, get it? Nowadays, no one calls it by that name and instead call it the Morning Star. Back then, people believed that stars were real celestial beings, which might have been what started belief in angels. Lucifer was actually a common given name during Ancient Rome, and was associated with a few goddesses like Diana Lucifera, who assists childbirth.

You might be reading this and thinking, "Wait, Lucifer is Old Testament, right? How did a Latin name find it's way into a Hebrew manuscript?" I got news for you: It didn't. There is no Lucifer in the Jewish religion. In the original Hebrew Text, the fourteenth chapter of Isaiah is not about a fallen angel. It's about a fallen king. This Babylonian king persecuted the Jewish people during his lifetime. The text refers to this king as Helal at certain points, which means "day star" or "son of the dawn." This name was given to him because he wore opulent golden robes.

The Roman Catholic Church who were the first to translate these texts for their Bible all spoke Latin. They saw the word Helal and changed it to Lucifer. They didn't make a mistake. That's what the "day star" was in Latin. It is unclear precisely when he transformed from a king into an angel, but presumably they changed it because they thought it would make a better story.

You should notice at this point that there is still no mention of Satan. In the original story, Lucifer is one of the archangels until he gets a little power hungry and God has to kick him out...and that's it. It ends with Lucifer continuously flying in the air above the abyss. It is not suggested that he's the Devil, and many scholars today believe that they are two separate beings. Even in the original New Testament, the "adversary" is given many names, but Lucifer isn't one of them.

So what's the problem? The King James version of the Bible. Yes, the same one that says, "Thou salt not suffer a witch to live." It also says, "Lucifer is Satan: so says the word of God." Except the Lord said no such thing.

Christians today generally believe that the Devil has been around since the beginning of time. That is, if you follow the Bible literally. If you believe that something has existed since the dawn of time, then you assume that everyone before you believed in it too. The truth is that the Devil is a relatively new creation that evolved over time, and the early Bible authors didn't believe in it at all. Heck, some people believe that he got busy with Diana and fathered Aradia.

Some people also believe that Lucifer's negative image might have something to do with a real life "Saint" Lucifer. I say "Saint" Lucifer because his status as such is still a controversial topic within the Catholic Church. Lucifero Calaritano was the Bishop of Cagliari, Sardinia (an island nation off the coast of Italy) who lived during the 300s. He was a fiery opponent of Arianism, an early branch of Christianity that believed that Jesus Christ (or God the Son) was created after and therefore distinct from God the Father. Lucifer was well known for being a stubborn and argumentative man, and he might have been excommunicated. However, he is still a very popular figure in Sardinia and wherever Sardinians have immigrated.

And so the debate. Does the negative association with Lucifer make this name too much of a risk, like it does with Baphomet? Or should people become more culturally literate and get over it, like with Jezebel? Only you, Kitsune and husband, can decide this.

This name might be risky, but it's not a risk that you would be alone in taking. Nine American boys were named Lucifer last year. Still, that's not very many, and the incorrect "Lucifer is Satan" assumption holds as much sway over popular culture as "Witches are evil." This name has even been banned in a number of countries. The ironic thing about all the vitriol against Lucifer is that the name's meaning, "light bearer" or "bringer of light," is often attributed to Jesus.

Kitsune, I was rather amused when you said that you're husband's number one problem with Lucifer was not the stigma, but finding nicknames that weren't Lucy. I'm extremely interested now in what you're two sons are named! You already thought of Lucky, but I'm going to add a few more: Lucas, Luca, Lux, Sif, or Fife.

So when little Lucifer (or whatever you ultimately decide to name him) is born, congratulations. Should people give you grief over this choice, you have all this ammunition to give them. Or you can just refer them to this post.