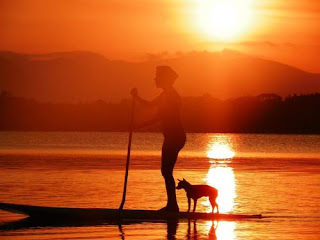 This name is an old favorite that has fallen out of favor. Is there any chance that it could be picked up again?

Orange is ultimately derived from the Sanskrit word naranga, meaning "orange tree." The word was not used to describe the color until the 1540s. The orange tree originally hailed from Northern India. Well, that's not completely true. There's a Persian orange that grew in the Mediterranean, but that one has a very bitter taste. When these sweeter oranges were discovered, they quickly displaced the other one. Only in Greece do they still distinguish the bitter variety (nerantzi) from the sweet one (portokali). The plant was spread around by sailors, who planted them on trade routes in order to avoid scurvy. Now it is the most commonly grown fruit tree in the world.

Considering that, you would think that there would be a lot more mythology concerning oranges, but I haven't been able to find very much. This fruit has long been associated with good fortune and wealth because of their golden color. Because the tree is an evergreen tree, it has become a symbol for fruitfulness. Depending on where you are, orange blossoms are popular for bridal bouquets and floral crowns. The meaning of the color orange changes quite a bit from culture to culture. It could stand for fire, lust, vigor, wholesomeness, attraction, justice, adventure, excitement, success, or endurance. In Wicca, orange is a stimulating color as well.

The orange has many practical purposes. One of the obvious ones is as food. Neo-Pagans sometimes use the peels in herbal medicine. The bitter tasting peels have compounds that lower blood pressure. It can also be used to stimulate appetite in people who have been sick for a long time. Traditionally, the peels are brewed into tea. Women who are trying to get pregnant should not try this. Oranges are also used to make juice, oil, perfume, scones, marshmallows, tea, marmalade, and slug repellent.

Today, Neo-Pagans like to hang oranges, apples, and lemons or leave them as offerings to the gods at Yuletide. This is because they're round and have the colors associated with masculinity, so they're used to symbolize the Horned God and the sun. Some like to spray orange water on their Yule trees, but that might be to keep the cats from climbing on them (cats supposedly don't like the smell of citrus). But the giving of oranges is a Christmas tradition as well, and it has to do with the story of Saint Nicolas. There was once a poor man with three beautiful daughters, but he was worried for their futures because he couldn't afford to marry them off. But the father was too proud to accept charity. Saint Nicolas was passing through town and decided to help. While they were asleep he left three gold pieces in each of the girl's stockings that were left out to dry. They awoke the next morning and found the gold pieces and were able to get married after all. People would place oranges in Christmas stockings in order to symbolize the gold pieces. I do remember that when my grandfather was a child the only gift he got on Christmas was an orange.

It might surprise some people to learn that this was once a well-used boy's name. It peaked in the 1880s at #719. This is probably because Orange is also a surname. Unfortunately, it doesn't really feel like a name today. But thanks to the birth of Apple, I would say that it's possible that someone could use it again.

It definitely sounds unconventional to a modern person's ears. But if you want to revitalize this name, I'm not going to stop you.