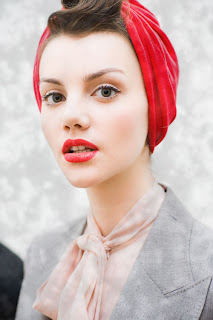 It seems like people never make a "weird celebrity baby names" list without including Apple.  But speaking frankly? Not that weird. Perhaps Apple isn't something I would give my own daughter, I would prefer Apollonia with the nickname Apple. But how Apple is any different from Plum or Clementine, I have no idea.

In the olden days as short a while ago as the 1600s, apple was a word that referred to any type of fruit that was not a berry. Old words for different types of food show this: "earth-apples" were potatoes and cucumbers, "apples of paradise" were bananas and so on. It comes from the Pre-Germanic word aplaz.

It's easy to draw the conclusion that this is part of the reason why no one can agree on exactly what fruit the forbidden fruit is. The forbidden fruit is, of course, the fruit of the Tree of Knowledge in the Book of Genesis that Adam and Eve eat. In the western world, it is often depicted as a literal apple. But there are a variety of interpretations of the text that cast the fruit as a pomegranate, pear, fig, citron, etrog, carob, or datura.

The apple is one of the most widely cultivated fruit trees. We tend to think of apples as an intrinsically American thing, but our traditional pie fillings actually immigrated to this country. Apples originated in Turkey, but quickly spread all over the world and was brought into this country by European colonists.

Apples play a large role in many Pagan myths. In Norse mythology, the goddess Idun gives apples to the other god so that they could have eternal youth. The god Freyr delivered eleven golden apples to the beautiful goddess Geror in an attempt to woo her. Apples have been found in ancient burial grounds in Norway. One Greek story of apples involves the goddess of discord, Eris. She got into a snit because she wasn't invited to the wedding of Peleus and Thetis. So she tossed them a little present: a golden apple with the words "for the most beautiful one." Three goddesses believed that the inscription must be referring to them, Hera, Athena, and Afrodite. The decision came down to Prince Paris of Troy. Afrodite bribed him by introducing him to the lovely Helen. It worked, he gave the apple to Afrodite, ran off with Helen of Troy, and started the Trojan War. This is where the phrase "apple of discord" comes from. On Samhain, apples are a traditional offering for the dead, in particular the spirits that don't have any descendants to remember them. Being the "apple of one's eye" is a term of endearment.

As a baby name, Apple is a nouveau coinage well known for it's star status, so there is the possibility that if you use this name it could be seen as copying. Which is ridiculous. Even you make up something completely new like...I don't know...Pasheta (I made that one up when I was a child), it's foolish to think that no one else is going to use it. You can't copyright a baby name.

Apple is a sweet name that is perfect as a nickname or on it's own. It's a great moniker for the autumn season.