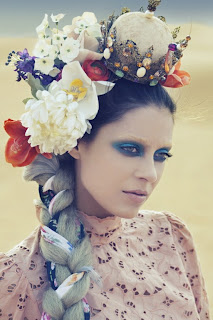 Blessed Litha, Midsummer, Summer Solstice, or whatever you want to call it! I hope our friends south of the equator are having a Blessed Yuletide! Heather is the Celtic tree for this holiday, and it's a lovely name as well.

Heather (pronounced "HEH-ther" or "HEH-dher") is derived from the Old English haddyr, and as far as I can tell it has always been in reference to the plant. Heathers aren't really trees, they're more like shrubs. They're well known for their purple flowers, but they also come in white, red, and copper. The plant's Celtic name is Ura (pronounced "OOR-uh"). Technically, it's proper scientific name is calluna, but no one calls it that in casual conversation. It is a hardy plant that can pretty much grow anywhere, but it is not welcome everywhere and is considered an invasive species in some parts of the world.

Heather was sacred to the Druids and has many magickal uses. It is a goddess herb sacred to Isis, Venus, Cybele, and Guinevere to name a few. Heather can be used in magick regarding maturity, love, luck, conjuring ghosts, healing, rain-making, and consummation. It's used to make talismans that protect against violent crimes like rape. Some believe that Heather Pixies live in this plant. They can be mischievous but are drawn to shy humans. Red heather historically has the most negative connotation because it was believed that they were stained red by the blood of heathens killed by Christians in battle. However, red heather is good for love spells. White heather in particular is associated with the dead. This plant has a strong relationship with bees. The Danes brewed beer made from honey and heather, and today heather honey remains popular. Heather also has a strong relationship with Scotland. There it is an iconic plant often sold as charms. Heather represents solitude because it thrives in wide, open spaces. It can be especially powerful when used with mistletoe, the sacred plant of the Winter Solstice.

This plant has many practical applications. Heather is a valuable resource for farmers who can use it for fodder, roofing, tea, and dye. Heather thrives on barren land and makes soil healthy and fertile. There was a time when this plant was hated to to this association with rural poverty. Nowadays it's a very popular ornamental plant. If you're interested in herbal medicine, only the flowering shoots of the plant should be used. You can use it to treat stomach aches, insomnia, and skin problems. Heather tea is slightly diuretic and is sometimes used to treat urinary infections.

Heather as a name may sound a bit dated to Americans. It's peak was during the 1970s at #8. It's not completely out of the charts, it now rests at #708. It fares a bit better in Scotland and Ireland, in 2008 it ranked at #86 and #91, respectably. But it will seem a bit momish to a lot of people in the United States. Aside from the plant, the name also describes a color. Heather is a light, grayish purple. Despite the "-er" ending, I don't see any evidence that this has ever been used for boys. However, the Heath can be used.

Despite it's potential for sounding slightly "old," I really like this name. I have actually never met anyone named Heather (although I know there's a lot of actresses with this name), so it feels new to me. It's a good name for someone who wants a name that's familiar but not overdone.