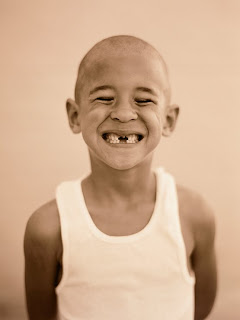 If you love Nic but not Nicholas, Nicabar is a unique option from our Gypsy friends.

It really is a curious thing that some people think that Witches and Gypsies are the same thing. The similarities between our two cultures are few and far between. Gypsies tend to adopt the dominant religion of whatever country they're in, so we don't have the same religion. Also, unlike us, Gypsies have some very bizarre rules regarding purity. The Gypsy people originated in Southeast Asia. Precisely where in Southeast Asia is a matter of debate, but Gypsy cleaning laws are similar to traditional Hindu laws. You can't wash the top half of your body and the lower half with the same bar of soap. Every fluid that comes from the body is unclean. A woman is considered unclean for up to 40 days after giving childbirth. Even touching a woman's skirt is taboo. Depending on where you are, some of these laws are still practiced by Gypsies today.

But all that aside, we certainly have a lot in common. Both our cultures are misunderstood. We're both popular scapegoats in Europe. We've both been victims of massive genocides. You know, all the fun stuff. But Gypsy culture also takes great pride in intuition. They also believe in fate, herbal medicine, and astrology. And they believe in harming none. Sound familiar?

Gypsies are most well known for being nomadic. But after World War II, that way of life was almost completely eradicated. Now most live in regular houses in order not to arouse suspicion. I'll get back to talking more about Gypsy culture, and why I say "Gypsy" and not "Romani" (I'm not doing it to be offensive), in another post.

Different Gypsy tribes have their own dialects and their own names. Nicabar (pronounced "NICK-ah-bar") means "to steal" or "stealthy" in Spanish Gypsy. The dictionary lists the same meaning but rewords it in an unflattering way: "to rip off." Some people like to add "your heart" to make the meaning "to steal your heart." It's cute, and it's great if that's your own personal meaning, but it's not accurate.

Nicabar has been a huge favorite of mine for a few years. I'm actually kind of surprised that we don't use more Gypsy names. Their names are very swave and mysterious. I don't think that Nicabar as a name has that many challenges. Some people might try to spell it Nicobar, as in the Nicobar Islands. But that's really it. It even has a really commonplace nickname. I would love to have a son named Nicabar.