A Magickal Name for Wendy 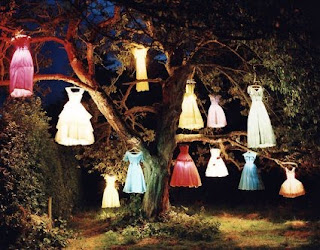 A few days ago, Wendy from E-Witch contacted me and asked if I could help her find a magickal name. It's a tough assignment, but here was her criteria. She's drawn to Celtic, Native American, and Greek/Roman traditions. She also likes to work with the Archangels and fairies. Her ancestry is Hungarian Jewish and Norwegian Saami. She loves animals, especially cats. She is into literature, movies, history, and the paranormal. She would also like it to sound like a "real" name, so no Moonfeather here.

I cast a wide net, so I apologize if this list is overwhelming. Of course, I won't be offended if you pick nothing off this list. I'm just here to open your eyes to names you might not have considered before. If you have any other ideas for Wendy, leave it down in the comments!

Cat Names:
Bastet, or Bast: The Ancient Egyptian goddess of cats, sex, music, dance, and joy. Why isn't Bastet used more?
Faline
Sanura: Swahili for "kitten-like."
Teigra
Lynx: I'm seeing this used more and more as a baby name, so why not?

Faery Names:
Duende
Elfrieda: An Old German name meaning "elf or magical council," or "elf strength."
Parisa: A Persian name meaning either "fairy-like" or "angelic." Just don't use it if you plan on going to Germany.
Melusine: Meaning unknown. This is the name of a water fairy in European folklore.

Archangel and Jewish Names:
Raphaela or Rafaela: Archangel names are tough. They're all male, and their names range from utterly ordinary (Michael) to totally bonkers (Metatron). But I always had a love for Raphael.
Seraphina, Seraphine, Serafina, or Serafine
Vashti: a Persian name meaning "beautiful." In the Bible, Queen Vashti was banished after disobeying her husband.

Norwegian Names:
Anniken: Norwegian diminutive of Anna.
Benedikte: Norwegian feminine form of Benedict.
Cecilie: Norwegian form of Cecilia.
Eira: Meaning "mercy." Derived from Eir, the Norse goddess of healing and medicine.
Freyja: Old Norse goddess of beauty and love.
Gudrun: Meaning "devine rune."
Kenna: Meaning "to have knowledge."
Nessa: Meaning "headland."
Saga: Meaning "the seeing one."
Valkyrie: In Norse mythology, these were maidens who decided who lived and who died on the battlefield.

"Dark" and Supernatural Names:
Ulalume: An Edgar Allen Poe invention, possibly derived from the Latin ululare, meaning "to shriek" or "to wail."
Vaidote, or Vaidota: A Lithuanian name meaning "ghost-like."
Arachne: A name from Greek mythology, meaning "spider."
Desdemona: A Greek name meaning "wretchedness," but it's most prominent namesake in Shakespeare was anything but.