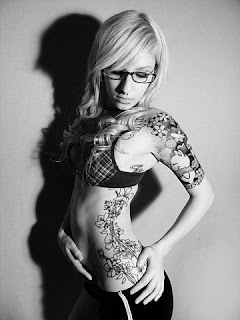 Here's a stormy Neo-Pagan favorite that has some problematic associations.

Tempest (pronounced "TEM-pest") is an English name meaning "storm." This is another name that people know but is very rarely used. It is associated with Shakespeare due to his play The Tempest. But some people just plain-old don't like it. They think that Tempest is synonymous with "temper tantrum" and that anyone given this name will turn into a brat (which is nonsense, by the way). But Neo-Pagan parents might avoid this name for an entirely different reason.

In 1988, the Smith family greeted a new baby girl. The little girl was named Tempest, because she was born during a storm. Tempest Smith grew up in Lincoln Park, Michigan. Due to her shy demeanor and black clothing, she was an outcast in all her schools. Tempest was one of the many teenagers that discovered Wicca and fell in love with the religion. She showed what she was learning to her mother, Danessa Smith, who approved and supported her. But her new passion inspired more ridicule and ostracization from her classmates, some of who followed her shouting Christian hymns. The abuse from her peers was so relentless that in 2001, she hung herself with a leopard print scarf. She was twelve years old.

After her child's death, Danessa Smith became enraged when the school district failed to take any responsibility for what happened. She started a crusade against religious intolerance in schools. The Neo-Pagan community embraced Danessa and helped her spread her message. She started the Tempest Smith Foundation in order to stop religious intolerance, which later broadened to stop bullying in general. Danessa continued with her mission until she died in an accident in 2008.

When I first wrote this post I believed that Tempest Smith's story left a black spot on her name. And certainly some people might feel that way. I remember reading a comment from one woman who had a niece named Bailey. Even years after the child was born she could not erase the photograph of the other little Bailey who died in the Oklahoma City bombing from her mind. Sometimes tragic associations are hard to shake, just ask anyone who's named their daughter Ophelia.

But the idea that society will avoid a name because of a tragic news story doesn't hold up in the real world. In fact, names belonging to crime victims actually rise up the charts after they appear in the news. When toddler Caylee Anthony was murdered Caylee became the fifth fastest rising name that year. There's no such thing as bad publicity? I guess? It all seems so morbid. Or maybe it's not morbid. It's kind of nice that the child dies, but the name lives on.

So I have mixed feelings about using this name. Tempest Smith wasn't from The Burning Times, but she certainly was persecuted. On the other hand, this incident happened relatively recently. If you still love Tempest, great! It doesn't sound bratty to me, but it certainly sounds spirited. It seems especially suited for a girl with a lot of energy. I prefer the Italian variant Tempesta, because, well, I'm me and I love Italian names. Tempest is very beautiful and unique, but if you're a Neo-Pagan family, you're going to have to explain to your children who Tempest Smith was at some point.