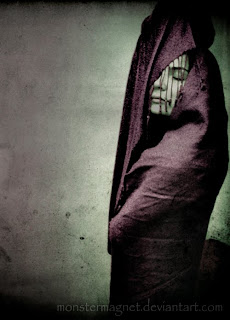 An amethyst (pronounced "AM-eh-thist") is a beautiful variety of quartz. It's most well known for being a violet color, but occasionally forms in red or blue. The largest amethyst vein in the world is in Austria. Other deposits include South Korea, Russia, India, Uruguay, and Zambia. It's an expensive stone in most cases, although the discovery of a large vein of amethyst in Brazil lowered the value somewhat. This gemstone can also be found in some regions in the United States.

The Ancient Greeks had a myth for how the stone came into being. In the story, the great partier Dionysus pursued a maiden named Amethystos. Amethystos had a vow of chastity to uphold, so she was not amused. Why Dionysus didn't back off, Amethystos prayed to the gods. Her prayer was heard by Artemis, who turned her into a white stone. Dionysus cried in remorse, and his purple tears (so colored because he drank so much) stained the stone.

Aside from it's alcohol related use, amethyst's main function has always been ornamental. The Ancient Egyptians and Greeks engraved on the stones to make amulets. In Medieval times, soldiers wore amethyst in the belief that the stone had healing powers. It is one of the few stones recommended for men in attracting women. Violet is a color that Wiccans associate with the spirit, which is the fifth and most important element represented by the top point of the pentagram. Therefore, this gemstone is associated with spirituality.

Amethyst is one of my favorite gemstones, and it works beautifully as a name too. It's unusual but it has the ordinary Amy as a potential nickname. A great name for a Pisces girl.

Image Credit:
http://monstermagnet.deviantart.com/art/violet-72507327
Posted by Isadora Vega at 11:25 AM