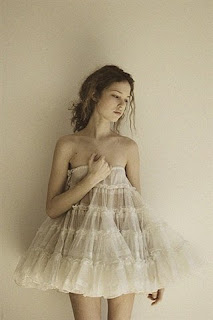 I know that Neo-Pagans are a daring bunch when it comes to names. But a while ago I came across a nome de plume that made me raise an eyebrow: Ladyhawk Whispers.

Many Neo-Pagans are in love with these Native American inspired compound names. However, I don't want to make a habit of posting them. One reason is because I feel like I would just be repeating myself if I tried to profile every possible combination people come up with. Another is that some of these names are too wack-a-doodle even for me. Like Ladyhawk Whispers. I assume that it was inspired by the cheesy fantasy-romance film of the same name.

Ladyhawke is a movie from the eighties staring Matthew Broderick, Michelle Phieffer, and Rutger Hauer. It's about two lovers who are cursed; the lady transforms into a hawk by day, and the man is a wolf by night. They break the curse with the help of a runaway thief. It has a goofy soundtrack by the Alan Parsons Project. I don't want it to seem like I'm knocking the movie, it's enjoyable. But it's corny too.

If you love this film but prefer a name that doesn't scream, "I AM IN LOVE WITH MATTHEW BRODERICK," you could always go with Ladyhawke's real name: Isabeau. Isabeau (pronounced "IS-ah-bow") is a French variation of the mega-popular Isabel, which is in turn based on Elisabeth (the Spanish heard this name and interpreted it as "el Isabet"). Elisabeth comes from the Hebrew elisheba meaning "God is my oath."

Isabeau was a well used name in the Middle Ages. Isabeau of Bavaria was the Queen of France through her marriage to Charles VI. But there were many other Isabeaus before and after the Queen, including one that was tried and convicted as a Witch. "Belle Isabeau" was also the name of a popular song. The name eventually found it's way into the Americas in regions where the French settled.

Today, Isabeau has faded into obscurity. Although it's still used in works of fiction. The Witches of Eileanan series by Kate Forsyth features an Isabeau as a heroine. In a place where Witchcraft is forbidden, Isabeau must learn the Craft before taking her place in the battle against those that would destroy her way of life.

Isabeau seems like the perfect choice for Neo-Pagans. Many of use love Medieval things, and I can see it appealing to a couple who lives for Renaissance Fairs. Isabeau has never charted in the United States, and has fallen out of favor in it's native France. But it seems like the right time for a revival, with parents looking for unique variations of Isabelle. I would love to see a little Isabeau on the playground.