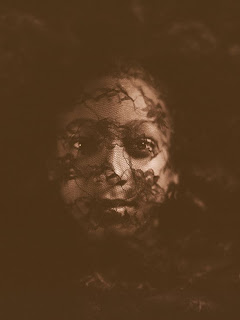 This being a blog about witchy names and all, I'm kind of shocked with my not including any moon names until now. I'll get to the super obvious Luna in a few months, but now I'm going to profile an exotic option from our friends in India.

Chandra (pronounced either "CHUHN-drah" or "SHAWN-drah") is a Sanskrit name meaning "illustrious." In Hindu mythology, Chandra is the god of the moon. In Hindu astrology, the moon is considered a planet, and it's considered to be one of the best planets to be born under as it promises wealth and happiness.

But if you study Hindu mythology, it doesn't seem that Chandra has been very fortunate in his life. Chandra was born in the Ocean of Milk (the gods were churning it for a millenia in order to create immortal life), and nearly blinded the gods with his bright, glowing body (hence why he has a name that means "illustrious"). The gods unanimously decided to give Chandra the status of a planet and sent him into the cosmos.

Chandra is known for having a series of disastrous love affairs. His first lover, Tara, was the wife of another man. From their union, Tara became pregnant with Budha
(a.k.a. the planet Mercury, not to be confused with the other Buddha). Because of how he was conceived, Budha hated his father, and their rivalry continues to this day. After that, Chandra, set out to marry the twenty-seven daughters of Daksha. Daksha allowed this on the condition that the moon not favor any daughter over the others. Chandra failed to do this, and Daksha placed a curse on him that took away his luster, which accounts for the moon's waxing and waning.

In India, Chandra is a common surname. But in America, the name has always been used as a girls name. It appeared on the popularity charts in the 1950s, peaking in the 1970s at #343, before disappearing in the 1990s. The name has several variations including Chandrah, Chaundra, and Chondra. I'm just pondering here, but perhaps Chandra was used as an alternative for the at-the-time-hugely-popular Cynthia.

This name has been worn by several actresses in the past few years, particularly one that appears on Gray's Anatomy. Perhaps the name's most prominent namesake is Chandra Levy, who's claim to fame is her mysterious death in 2001. Hardly the happiest of associations. A quick search indicates that this name has several other challenges according to people who have it. First, there's the pronunciation. Many claim that "SHAWN-drah" is the "correct" one, but the two people I know with this name say it like "CHUHN-drah." Another one stated that she had trouble gaining employment because people assumed that she was Black.

If you're willing to take on the challenges, Chandra is a lovely name, if a little out of fashion. I wonder if anyone would give this name to a boy, since that would technically be more culturally accurate. No matter what, it would be an interesting option to honor the power of the moon.