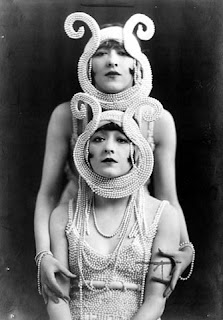 Is your kid so exuberant that there might as well be two of him? Maybe you should have named him Gemini!

Gemini (pronounced "JEM-in-ai") is Latin for "twins." It's the third sign of the Zodiac. People who are born between May 22rd to June 20th. Like all zodiac signs, it has a constellation and a story.

In Greek mythology, these twins have names: Castor and Pollux. Their mother was Leda, the Queen of Sparta, but they have different fathers. Castor was fathered by Tyndareus, the King of Sparta, and Pollux was the son of Zeus. Together, they are called the Dioscuri. Not quite as catchy as the Wonder Twins. They just so happen to be the siblings of Helen of Troy. They are very naughty, one myth involves them stealing some cattle. The constellation is very close to the Milky Way, which was described in mythology as being a herd of cattle. The brothers were also very close. When Castor died, Pollux begged his father to give Castor immortality. He granted this wish by placing both brothers in the night sky.

The constellation is important to other cultures as well. In Babylonian mythology, it represents the two gods Meshlamtaea and Lugalirra. In Chinese astrology, the stars were broken up into two different constellations: The White Tiger of the West and The Vermilion Bird of the South. In Norse mythology, it's heavily associated with the god Loki.

Gemini is ruled by the element of air, which will become obvious when you research it. Traditional Gemini traits include intelligence, communication, adaptability, and youthfulness. Like children, they are very imaginative and curious. On the flip side, they are a bit...well...two-faced. People who know Gemini's don't know which personality is going to come out. They're well known for being flighty and scatterbrained.

This sign has inspired people looking for names in the past. It's the name of an observatory. And, I know this is shocking, coming from me, but this is also a name that's well used in comic books. How many real-life people have this name? Not many. But it's yet another cool and unique name that could be an interesting way to reference the time of year in which the child was born.