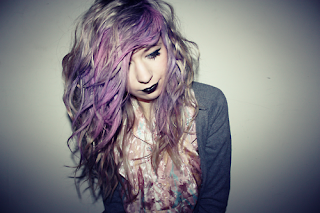 The lilacs have just started blooming in my backyard, and as that is my favorite flower I couldn't be happier.

As it's name suggests, the plant originated in eastern Asia and southeastern Europe. It has since spread out into most temperate regions including the United States. Strangely, no lilacs come in blue. They come in light purple and white. In fact, lilac is also used to describe light purple. In Greece, Lebanon, and Cyprus, the flower is strongly associated with Easter and is known as Paschalia. Wiccans associate it with protection, banishing evil, love, and harmony.

Lilac trees have been used for many practical purposes. The wood is extremely dense and has been used for engraving, reed pipes, flutes, and knife handles. A tea can be made of their flowers, leaves, and branches, which some claim cause feelings of euphoria. Mostly it is simply used as a garden plant. The flowers are quite popular and there are many lilac festivals that celebrate their blooming. Spokane, Washington and Lombard, Illinois are known as the Lilac City and the Lilac Village, respectively. They both hold a lilac parade every year.

Lilac is an older given name than some people would think. During the Victorian Era, people became very obsessed with flowers. The Language of Flowers, in which you use certain flowers to convey certain messages, developed during this time. So it was fashionable to give botanical names to daughters. Lilac was actually one of these names, but it didn't become a classic the same way that Rose and Violet did. So it reads as being newer than it actually is.

Lilac is a favorite of mine. Not only is it my favorite flower that I associate with childhood, it is also one of my favorite colors, and "Lilac Wine" by Nina Simone is one of my favorite songs. So it's kind of a no-brainer. It's a unique name that encompasses many things that I like. Hopefully whoever I wind up having kids with will share my love.