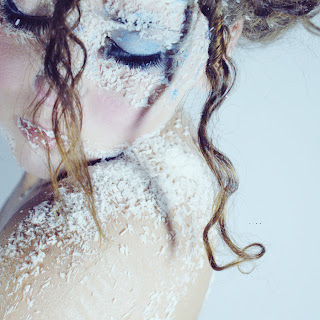 Most people associate this gemstone with the month of September. But the sapphire is also the gemstone for Taurus. So before we move on to the next zodiac sign, let's take the time to talk about Sapphire.

Many people agree that sapphire (pronounced "SAHF-ire") is derived from the Hebrew word for "gem," Sapir. Curiously, both the Persian word (sani-prijam) and the Sanskrit word (shanipriya) for this stone mean the same thing: "precious to Saturn."

The Hebrew boy's name Sapir and the feminine variation Sapphira aren't widely used. That's because Sapphira is the name of a Biblical "bad girl." Sapphira was the wife of Ananias. The first followers of Jesus shared all of their possessions with each other, including land. Ananias and Sapphira sold their land, but kept a portion of the profit to themselves. When Ananias presented his donation to the apostle Peter and claimed that it was the full amount, Peter somehow knew that he was lying. Peter further stated that by lying to him he also lied to God, and Ananias died on the spot. Three hours later, Sapphira was also struck dead when she told the same lie. Once again, I'm not convinced that a Biblical "bad girl" did something so terrible that her name should stay virtually unused.

Anyway, back to Sapphire. Sapphires are most well known for being a deep blue, but they also come in yellow, pink, purple, orange, and green. When they're red they're considered to be another stone entirely, the ruby, even though they're chemically the same. Sapphires can be found in Eastern Australia, Eastern Africa and Madagascar, Thailand, Sri Lanka, and Montana. They are commonly used for jewelry, but because of their hardness they are also used for practical things like in scientific and electronic equipment.

This stone has a number of magickal properties. It is especially important to Buddhists, who traditionally associate this stone with religious devotion and spiritual enlightenment. The Ancient Greeks connected this stone with Apollo, and the oracles used it to strengthen their prophetic abilities. It is believed that wearing a sapphire will protect the owner from being kidnapped. The gem is also used to heal ailments of the eyes and to boost the immune system.

Sapphire as a given name is rare, but it's been done. Think hard about recent pop culture and you might come up with the most well known Sapphire. Sapphire (born Ramona Lofton) is the American novelist behind Push, which was adapted into the film Precious.

Sapphire, Sapir, and Sapphira are more gemstone names that aren't used all that much. Which is a shame, because I think they are beautiful names. I would love to meet someone who wears it with pride.