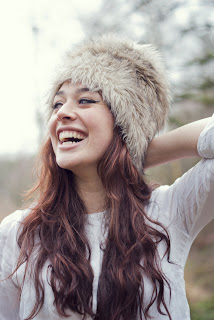 If you've browsed Offbeat Mama long enough (and if you don't, why the hell not?) you'll know that the website's creator is a little obsessed with a Russian Goth mama named Pushba. She just recently gave birth to a second child, named Alexander (I think). But it turns out that the name of her first child, Lada, has a rather interesting history.

Lada (pronounced "LAH-dah") could be used as the short form of the Slavic name Vladislava, meaning "glorious rule." She is also the Slavic deity of happiness, youth, love, beauty, and good times. Except she isn't. She never actually existed in the Ancient Slavic pantheon. Lada is fakeloric. How did this happen?

Once upon a time, during the Renaissance, the Italians, French, and English became more interested in the ancient pantheons. The Slavic historians wanted to get in on the new trend. Trouble was, these historians didn't have much to go on, and were also incompetent. When they couldn't find much information, they made stuff up.

In the 15th century, the Statute of Krakow forbid the singing of any songs that mentioned Lado. There is no question that Lado was an actual Pagan deity, but people weren't sure if this god was a girl or a guy, or precisely what he/she was a deity of. While the debate continued, Lada was derived as the feminine form of Lado.

And yet, I find Neo-Pagan and baby name websites touting her around as a "real" goddess. Which begs the question: if something is believed long enough, does that make it "real?" What makes a deity legitimate?

I don't know what the status of this name is in Russia. But in America it's an unusual option that is easy to spell and pronounce. And super short names are rising in popularity for girls. There would certainly be a place for Lada here.