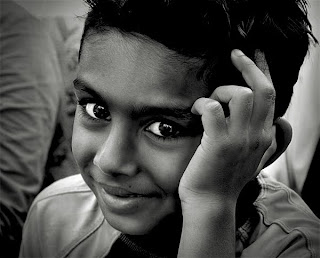 Whenever anyone makes a compilation of Indian names that would work well in the United States, I'm always surprised when Deepak doesn't make the list. It seems so obvious to me.

Deepak (pronounced...well, the way it looks, "DEE-pak") is a Sanskrit name meaning either "shining brightly" or "little lamp." It give the impression that it's meant to connote a boy who is very bright or clever. It's sometimes also spelled Dipak, and is derived from Dipaka. Dipaka means "inflaming," and it's another name for Kama, the Hindu god of love.

Deepak Chopra is the most famous namesake. Chopra was born in New Delhi, India. At first, he followed in his father's footsteps to become a Doctor, which he technically still is. He eventually became more interested in alternative medicine and spirituality. He is well known for being a public speaker and an author of a whole collection of books. He is also a magnet for controversy, both conventional medical professionals and conservative religious groups don't like him so much.

The reason that this profile is categorized under "well known Pagans" is because I once read a list of current Neo-Pagans that included him. But I'm not sure how accurate that is. Judging from the list of books he wrote, his beliefs seem to be all over the place. He's written books about Jesus, the Kama Sutra, Yoga, Kabbalah, Buddha, Mohammad, a fictional story of Merlin, holistic medicine, and everything in between. I believe that it would be safe to say that he's an eclectic.

I'm kind of surprised that Deepak isn't used more in the United States. Considering how popular the author is, I find it hard to believe that no one has heard of it. The bi-cultural Bodhi is getting more and more popular, so why not Deepak?

So for the India loving parents out there, consider Deepak. It's like Derek, only more exotic!