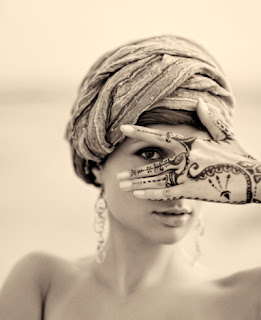 Scorpio (pronounced "SKOR-pee-oh") starts at October 24th and ends November 22nd. However, if you believe in the zodiac that includes Ophiuchus, almost nobody is a Scorpio. In that case, Scorpio is between November 23rd to November 30th. It's Latin for, you guessed it, "scorpion." It refers to the constellation Scorpius. It contains many bright stars that form the very clear hook of it's tail.

Scorpions are widely distributed over all continents except Antarctica, so it should be expected that there are many myths regarding this arachnid. They have also been around for a very long time as there are fossils of scorpions. They appear as a motif in Islamic art quite frequently as an embodiment of evil or sexuality. In South Asia, it's common to eat scorpions. Scorpions have a fearsome reputation, but only 25 species have venom capable of killing a human.

In Ancient Egyptian mythology, the deification of the scorpion is the goddess Serket. Although no temples in her honor have turned up so far, she had a sizable following and was considered the patron goddess of the Pharaohs. There are also mythical beings called scorpion men who appear in the Babylonian Epic of Gilgamesh. They were created by the goddess Tiamat in order to wage war against the younger gods because they betrayed her mate Apsu. According to the story, their "terror is awesome" and their "glance is death."

It's impossible to mention the story of Scorpio and not mention Orion. According to legend, Orion boasted to the goddess Artemis that he would kill every animal on earth. This was a foolish thing to say to Artemis, as she was the protector of all wildlife. Therefore, Artemis and her mother Leto sent a scorpion to take care of him. The two fought, and Orion was killed. At Artemis' request, Zeus placed the scorpion amongst the stars as a thank you. Another version of the story states that Artemis and Orion were a couple and Apollo sent the scorpion.

Scorpio is actually my moon sign. Moon signs are supposed to be especially important to women, so let's take a look. Scorpio is a water sign and therefore feminine. That's kind of surprising. One might expect it to be a fire sign. Anyway, Scorpios are known for being emotional, passionate, intellectual, and determined. They appear to be calm, but there is a seething intensity under the surface. Some say that they have a better chance of being a genius than any other sign. It is also the most sensually charged of all the signs. On the dark side, they are a bit too sensitive. They can wallow in resentment, jealousy, and anger. They can become procrastinators filled with self indulgence. I hope you don't think I'm full of myself when I say this, but that sounds like me more than Aries sounds like me.

As a name, Scorpio sounds dangerous. It could be used for either a boy or a girl, but I would expect him or her to be a bit of a firecracker. Like a baby scorpion who stings indiscriminately. It's a warrior's name that might give the bearer a fighting edge.