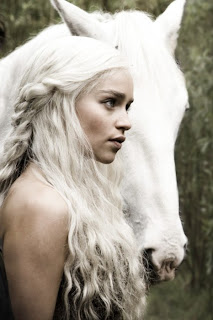 Most people know this name through Arthurian legend. In the stories, King Arthur is taken to Avalon to recover from his wounds after battling Mordred. Some say that he died there, others say that he never really died and that he will return one day. Avalon was also the place where King Arthur's sword, Excalibur, was forged. Enchantress Morgan la Fay also lived in Avalon, as the chief of her nine sisters.

There are a number of different people who claim to have found the real Avalon. In 1109, the monks of Glastonbury, England claimed to have found the bones of King Arthur and his wife by their Abbey. Others believed that Avalon was actually Sicily, a small island nation close to Italy (and where some of my ancestors are from!) as well as other Mediterranean locations. An intriguing idea is that this mythical name is based off of a real Avallon located in Burgundy, France. This theory is espoused by people who link the legendary King Arthur to the real Roman-British leader Riothamus, who was campaigning in that area.

This name is also linked to a well loved work of literature in Neo-Pagan circles: The Mists of Avalon by Marion Zimmer Bradley. The book retells Arthurian legends from the prospective of it's female characters. It was made into a television movie, which is also enjoyed by many in our circle. Lots of Neo-Pagans believe that this is one of the few films to accurately portray Pagan beliefs.

Avalon has never been a popular name in the United States. However, it appears to be a popular name for Neo-Pagan organizations and covens. In just one Google search I found "The Isle of Avalon," "The Barge of Avalon," "Ozark Avalon," and "The Fellowship of Avalon," just to name a few. Many use Avalon as their term for the afterlife, so naming a child Avalon might be the Neo-Pagan version of Heaven.

Avalon is a lovely name associated with purity and magick. It's a terrific name to give to a little Witchlet.

A whopping zero people so far have cast nominations for Pagan Name of the Year. Come on! There's nothing to loose! I even provided a link on the top to help you! It's no fun if I do it by myself.