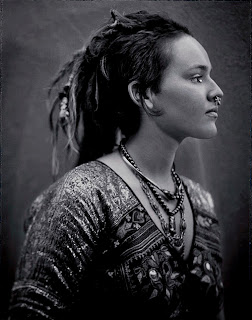 I received a request for names from the Hunger Games. I'll be profiling more of them in the future, but let's start with Katniss.

Katniss Everdeen is the heroine of the young adult Hunger Games novels by Suzanne Collins. In this post-apocalyptic trilogy, the United States is a country called Panem. The Hunger Games are an annual televised event in which one girl and one boy are selected from each county to compete in a fight for the death.

Katniss (pronounced "KAT-nis") is a botanical name that was unheard of before the books came out. It's the common name of the plant sagittaria. Think it has anything to do with Sagitarrius? Well, they are derived from the same word, the Latin sagitta, meaning "arrow." It's a flowering plant, and it's roots are similar to a potato. It grows primarily in North, Central, and South America, but some species can be found in Europe and Asia. It's usually used as an ornamental plant for aquariums and ponds. Collins picked the name because the plant is edible and allows for survival. It was a common food source for the Native Americans. None of that really says where the name Katniss comes from, but it makes the name attractive anyways.

It's interesting to note that the whole series is inspired in part by a Greek myth. In the myth of Theseus, the hero goes to Crete in order to kill the Minotaur and stop the King of Crete from taking sacrificial virgins from his kingdom. The story is also based off of a blend of reality television culture and the war in Iraq.

There is a movie version of the books coming out, and I have to say just from looking at the cast I'm not impressed. They don't look like they're in the right age group, these actors look too...developed. I get the feeling that the studio is trying too hard to copy Twilight's success. Hopefully I'm wrong. But when that film does come out, it's likely to open more people up to the name Katniss.

Will more people use Katniss on their own daughters? I find that to be a definite possibility. But only time will tell if it reaches popularity.