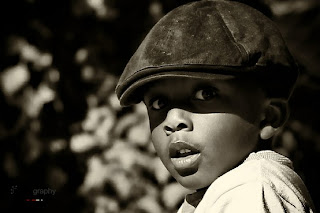 You may laugh, but with Parents looking for more and more unique names, Zorro may have a chance.

Most everyone recognizes this name as it was invented for an iconic hero. The masked bandit was created by American pulp fiction writer Johnston McCulley in 1919. "The Curse of Capistrano" was published in five parts in the magazine All-Story Weekly. The story was soon picked up by Hollywood, Douglas Fairbanks and Mary Pickford selected it for their new studio while reading it on their honeymoon. The silent film The Mark of Zorro was released with huge success. Due to the public demand fuel by the movie, McCulley wrote 60 more Zorro stories until he died in 1952.

Zorro is the alias of Don Diego de la Vega. In the first stories, he is a nobleman living in Spanish colonial California. His mission has remained the same throughout all the adaptations: to defend the people of the land against tyrannical villains, and publicly humiliating said villains in the process. He has exceptional athletic and acrobatic skills, and knows how to use a whip. The image we have of him clad in black is a creation of the original silent film.

Zorro is Spanish for "fox." Obviously, this denotes that the character is very foxlike and cunning. It also could be a reference to Reynard the Fox, as some scholars suggest that the character is based on this earlier folk image. Zorro could also easily be based on Robin Hood. In the first story, Zorro acts like a "dandy" while a nobleman so as to avoid suspicion, which is similar to The Scarlet Pimpernel. And there were also many real life bandits living in the Wild West that could have inspired the character.

Recently, the newest actor to play Zorro is Antonio Banderas. He appeared in both The Mask of Zorro (the 1998 version) and The Legend of Zorro. I have to admit that this makes the name appealing. But then again, I'm Puerto Rican. Even my Abuelita had a teenagerish crush on Antonio Banderas.

Some people might think I'm nuts to even suggest this name. But if people use Huckleberry, Mowgli, and Kal-el, then they can use Zorro. It's only a matter of time.

Now there are four comments on Pagan Name of the Year! That's good! But they still haven't toppled the two contenders I have in my head. I need more! MORE! Nominations are the elixar upon which I sup!