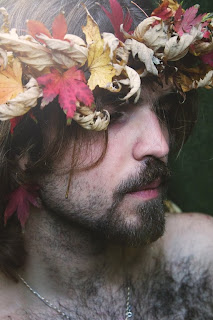 To those who celebrate it, Blessed Lupercalia! It's the perfect time to profile one of my all-time favorite boy names: Romulus.

Romulus (pronounced "ROM-yoo-lus") is a Latin name meaning "man of Rome." As the name would suggest Romulus, along with his twin brother Remus, are the mythical founders of Rome. His mother was Princess Rhea Silvia of Alba Longa and his father was either Mars or Hercules depending on who you ask. Rhea's father, King Numitor, was usurped by his brother Amulius. Amulius killed all of Numitor's male heirs and forced Rhea to be a Vestal Virgin. It was during this time that the twins were conceived.

When they were born, Amulius ordered that the boys be abandoned in the wilderness. Romulus and Remus were carried away safely by the River Tiber, a mother wolf found them and suckled them, and they were fed by a woodpecker. This she-wolf is sometimes believed to be the goddess Lupa, and the holiday of Lupercalia was held partially in honor of her. Eventually, the shepherd Faustulus and his wife found Romulus and Remus and raise them as their own. Although they are raised to be simple shepherds, the boys grew up to be natural leaders. The two came into conflict with the shepherds of their old home, and Remus was arrested by Amulius. The truth of the boy's parentage was uncovered (I'm not sure how). Romulus rescued Remus and killed Amulius, and Numitor was returned to the throne.

Rather than wait to inherit the throne of Alba Longa, Romulus and Remus set out to build their own city. The two brothers got into a heated argument regarding the placement of the city and Romulus killed Remus. Considering that history I would think that naming twins Romulus and Remus would be inauspicious. In any case, Romulus named the new city Roma after himself. The place attracted exiles, outcasts, criminals, and runaway slaves. But they soon ran into a problem: there was a shortage of marriageable women. So they kidnapped a bunch from the neighboring tribes: the Sabines and the Latins. That didn't go over well with the girl's fathers, but the two tribes were defeated by Romulus.

Romulus was a respected ruler for most of his life. Over the course of two decades he gradually expanded Rome's territory. He ruled the people of the conquered nations fairly. The city became a democracy with a Senate and a Governor. But as Romulus grew older he became more "king-like." The decisions of the Senate held less and less weight as Romulus did what he wanted without their consent. Resentment grew into hatred and Romulus died under suspicious circumstances (the official story is that he "vanished" in a "storm"). After his death, Romulus is deified and is sometimes identified with Quirinus, the patron god of Rome.

There was no doubt in the Ancient Roman's minds that Romulus was a real person. Modern historians are more doubtful. Romulus' name is part of the problem. You can't be named after a city that doesn't exist yet. Ultimately, it makes no difference whether this story literally happened or not. The story of Romulus and Remus is iconic, a reflection of what the Ancient Romans liked about themselves.

Romulus has never been a common name in the United States. But the popularity of names like Atticus and Augustus make me think that Romulus could get picked up by more people. Romulo is one variant form. Some might not like Romulus because the morals of the mythological namesake are a bit...spotty. But that doesn't bother me. I love the strength and wildness attached to the name. And it references my Italian heritage. It's definitely in the running when the time comes for me to have a son.