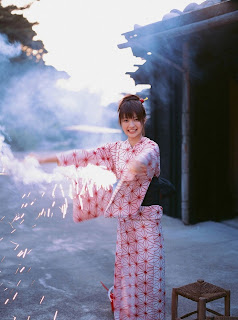 Blessed Solstice, everyone! It's the perfect time to profile the name of one of the few sun goddesses!

In most cultures the sun is associated with masculine energy and the moon with feminine energy. Japan is a notable exception. Japanese mythology has one of the few sun goddesses: Amaterasu (pronounced "ah-mah-the-rah-suh"). Her name is derived from Amateru meaning "shining in heaven." Her full name, Amaterasu-omikami means "the great divinity who shines in heaven."

Amaterasu's father is Izanagi, who was the father of most gods in Japanese mythology. After his failed attempt at trying to rescue his wife from the Underworld, Izanagi performed a cleansing rite. During this ritual he "begat" Amaterasu from his left eye. Sorry, that's as specific as it gets. They're gods, their conceptions don't have to make sense. Anyways, she was so bright and beautiful that she was sent up the celestial ladder to rule over heaven. Aside from being the sun goddess she is also the goddess of the whole universe, invented rice fields and the loom, and taught humans how to cultivate silk worms and wheat. She keeps herself busy.

Amaterasu also has two brothers: Susanoo or Susanowa (the god of storms and the sea) and Tsukuyomi (the god of the moon). There was quite a lot of drama between the three of them. Originally, Amaterasu and Tsukuyomi shared the skies together. But then Tsukuyomi murdered Uke Mochi, the goddess of food, for being too gross (she "pulled food from her rectum, nose, and mouth"). Amaterasu was so horrified by her brother's actions that she declared him evil and cut all ties with him, separating day from night.

She's not on the best of terms with her other brother either. Depending on who's telling the story either Susanoo was causing such a racket that he scared his sister or he was a sore looser when Amaterasu won a contest and vandalized her property and killed one of her attendants. In any case, Amaterasu ran to hide in a cave and refused to come out, taking the sun with her. The other gods tried to lure her out to no avail. Finally the goddess Uzume succeeded. The other gods found her obscene dances hysterical, and Amaterasu wanted to know what everyone was laughing about.

Amaterasu is still very important to the Shino religion in Japan. Her chief place of worship is Grand Shrine of Ise on the island of Honshu, and this is the holiest shrine in the Shinto religion. Inside, the goddess is represented by a mirror called Yata no Kagami. This is considered to be one of the Three Imperial Treasures. The Three Imperial Treasures are all object that supposedly belonged to Amaterasu, aside from the mirror there is also the jewel and the sword. The Grand Shrine of Ise is unique in that the main buildings are destroyed and rebuild every twenty years in honor of the goddess who is rejuvenated after each rebuilding. After this rite, it is traditional to give Amaterasu gifts of rice and clothing. Supposedly, the next rite is supposed to take place this year, I'm not sure if it's underway or if it already past. The Japanese imperial family claims to be descendants of her (or at least they did before 1945, I guess it's no longer PC for royalty to claim divine ancestry). Her sacred days are July 17th and the Winter Solstice, so you guys below the equator have her covered today.

As for us Western Neo-Pagans and Wiccans, Amaterasu is the most well-liked of all the Japanese deities. I've seen some people describe her as a "dark" goddess like Kali and Hecate, but I don't think that that category suites her. If that's how the Neo-Pagan community feels about her then that's going to effect it's chances of being used as a baby name.

Amaterasu has never been a common name in the United States. It's pronounced the way it looks (which is not always the case with Japanese names) but there's still going to be people who don't know how to say it. Still, it has a great history. It feels strong. There aren't a heck of a lot of sun names for girls in mythology. So it's got a lot going for it. 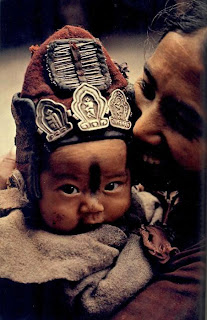 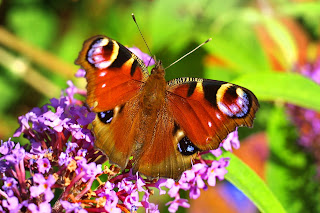