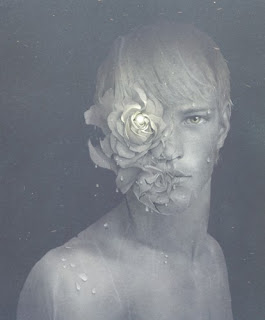 There are some stories that stick with you long after you hear it. Ever since I read the myth as a child, I've been semi-obsessed with the story of Orpheus and Eurydice.

Many baby name websites will probably claim that Orpheus (pronounced "OR-fee-us") means "beautiful voice." In truth, the meaning of the name is a bit hard to pin down. Possible definitions have included "to be deprived," "darkness," "fatherless," "to cast a spell," "to lament," and "to sing wildly." The word orphic is an adjective that means mystic, enchanting or fascinating.

The mythical Orpheus is actually based on a real person. Not much is known about the historical Orpheus except that he was well known for being a "wizard" and lived near Olympus. In mythology, Orpheus is the son of either King Oeagrus or the sun god Apollo and the muse Calliope. Orpheus had a gift for music at a young age, and Apollo gave him a lyre as a present. Orpheus was one of the Argonauts. He used his musical abilities to drown out the singing of the sirens, thus enabling Jason and the Argonauts to sail without wrecking the ship.

Now to the tragic story of Orpheus and his wife, Eurydice. On the day of their wedding, a satyr got fresh with Eurydice (we all know how satyrs are). When she refused him, he pushed her into a pit of vipers, where she was fatally bitten. Orpheus discovered her body and became inconsolable, singing the saddest song in the world. His mother and aunts suggested that he go to Hades and ask him to bring her back. He takes their advice and journeys into the underworld. While in the presence of Hades and Persephone, he used his music to soften their hearts. So the two gods agreed to bring Eurydice back to life on one condition: he had to walk in front of her and not look back until they're both out of the underworld. He follows this instruction until the last possible second, when his anxiety took over and he looked back. He saw his darling wife again before she was taken away, this time for good.

But that's not the end of Orpheus' story. Years later, Orpheus spurned the advances of the female followers of Dionysus, having sworn off love after the death of Eurydice. The women threw sticks and stones at him while he played, but his song was so beautiful that the sticks and stones refused to hurt him. Enraged, the women tore him to pieces. But his head and his lyre still sung after he died. His head was eventually buried while his lyre was carried by the muses to the stars. Orpheus' soul at last reached the underworld, where he was reunited with his beloved Eurydice.

Orpheus has left a big impact on the Neo-Pagan world. It's most well known namesake is Opheus Caroline High-Correll (some sources spell her name Orpheis), a woman who founded the Correllian Nativist Tradition of Wicca in 1879. This doesn't really make any sense since Wiccan ideas like the Wiccan Rede were first introduced in the 1950s, and I can't find any information on how they combined. Maybe a reader can fill in the gaps for me. High-Correll had Scottish and Cherokee ancestry, and claimed to be the ancestor of Scottish witches. She lead an interesting life as a fortune teller, spiritual healer, and herbalist, and worked in a traveling circus along with her husband John Correll. The Correllian Tradition as it exists today is a combination of Wicca and Native American practices.

There are stories strikingly similar to the story of Orpheus and Eurydice that appear in mythology all over the world. There's the Japanese story of Izanagi and Izanami, the Mayan Ix Chel and Itzamna, the Sumerian "Inanna's Decent into the Underworld," and a Nez Perce story about Coyote.

Some mythology names like Orion and Apollo are rising up the popularity charts in the United States. Despite this, Orpheus is still a rare name. This is probably because it sounds a lot like orphus, which is a sexual slang term for any hole in the body. Luckily, the Italian Orfeo side-steps this problem somewhat. It is traditionally masculine, which makes me think that Orpheus was not High-Correll's given name. However, if you want a heroic and romantic boys name, this is a good choice.