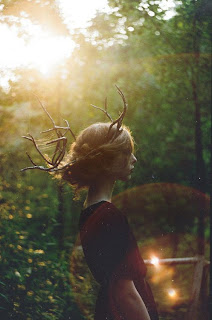 Have you read or seen Cloud Atlas? There's a lot of great names there. Meronym, Jocasta, Autua, Somni, and Catkin caught my eye. The last one in particular. Let's take a deeper look at this unusual botanical name.

A catkin (pronounced "KAHT-ken") is a type of flower cluster that is meant to be air pollinated. Willows, hickories, birches, sweet chestnuts, oaks, hazels, alders, and mulberry bushes all have catkins. The name is derived from the Dutch katteken, meaning "kitten," because they resemble tails.

This name has appeared in some works of fiction. There is a children's book called Catkin by Antonia Barber. It's about a tiny cat that is adopted by a farming family and protects their baby from the "little people." And then there's Cloud Atlas.

Cloud Atlas is a book/movie that jumps between time periods and places. The character of Catkin lives in a post-apocalyptic future in which most of mankind has died off (what happened is never fully explained and not really important). Small pockets of the world still have technology, but much of human society has regressed into Pagan-like tribal behavior. Catkin is a minor character, she's the young niece of one of the main characters played by Tom Hanks in the movie version.

It's hard to write about this name and not think about the other, more well known futuristic botanical name that reminds me of felines. But I find Catkin more usable than Katniss. Katniss is stuck with the fictional association that invented it in the first place. Catkin doesn't have that problem.

Catkin has never been a common name in the United States, but I really like it. The nickname "Cat" or "Kat" isn't so unusual, so it feels familiar while being completely quirky. I think that it's one of my new favorites.