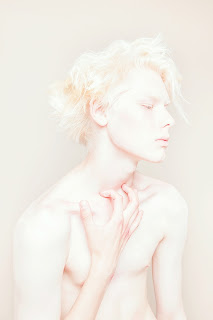 Candle is derived from the Latin candela, a word which refers to the same object. Candela comes from candere, meaning "to shine." I assume that everyone who is reading this knows what a candle is. Candles were used heavily by the Etruscans and the Ancient Romans and they were the first to use them in the Western world. The technology was unknown by the Ancient Greeks as their olive oil lamps were sufficient.

Candles have been used for a number of purposes throughout history and were particularly important before the use of electricity. The earliest candles were made by the Chinese at around 200 BC. Obviously, candles were used for light and heat. It was common to use candles to tell time. The custom of putting candles on a birthday cake was started by the Germans. Today, candles are mainly used for ambiance and scent, but they also have a strong religious connotation. They are a traditional element of Christian, Jewish, Buddhist, and Neo-Pagan rituals.

So why am I even bringing this up as a name? When the Christians adopted this holiday they changed it to Candlemas (and eventually the more secular Groundhog Day). Imbolc is also considered a ritual of fire. It is traditional to light a candle in each room to honor the sun's rebirth. Some Witches like to take on the Scandinavian tradition of wearing a wreath of lit candles on their heads. On this holiday, the candles represent illumination and inspiration. That makes Candle an interesting option for anyone who is born on this holiday.

I've seen Candle used as a name exactly two times. One was on a fictional character from the Wicked books by Gregory Maguire and I saw that For Real Baby Names found it on a real person. Someone who makes candles is traditionally known as a Chandler, and anyone who remembers the television show Friends knows that that can be used as a name too. And if people can used Christmas as a name then they can certainly use Candlemas as well.

Candle is a very unusual option, but I don't think it's completely daffy. You just need to consider what the candle represents.