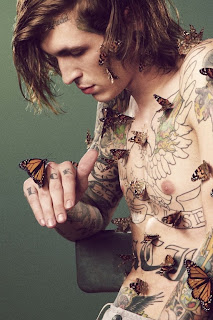 Blessed Ostara to people in the northern hemisphere and Blessed Mabon to those in the south! Or I can just simplify it and say Blessed Equinox!

Equinox (pronounced "EE-kwa-noks") is derived from the Latin aequus, meaning "equal," and nox, meaning "night." True to it's name, the equinox is a astronomical event in which nighttime and daytime are of equal lengths. The tilt of the earth's axis is not tilted away nor towards the sun. There are two of them a year. As stated before, one takes place on Ostara and the other takes place on Mabon.

It is very clear that this time of year was of vital importance to the Ancient Pagans. We know this because there are quite a lot of monuments designed with the sun's placement in mind. In Ireland there are many Neolithic mounds that have the openings lined up so that the light pours into the building only during the equinox. The famous Angkor Wat Temple of Cambodia faces the rising Vernal Equinox sun. The Mayans built many of their temples so that the light would shine on them a certain way during the equinox. The spiritual significance of the Vernal Equinox can also be found in mythology all over the world, and trying to retell it all will take forever.

There are a number of spring festivals celebrated today. Aside from Ostara there's Nowruz (the Iranian New Year's celebration), Sham El Nessim (an Ancient Egyptian holiday still celebrated in that country), Vernal Equinox Day (a Japanese holiday), and Disablot (a holiday from Norse Paganism). Many cultures celebrate the New Year on the Vernal Equinox. Today is also World Storytelling Day, a global celebration in the art of oral storytelling.

Equinox has never been a common name in the United States. It probably has less of a chance of being used than Solstice. For one, it's the name of a rather successful gym chain here in the United States. Secondly, when I hear the name Solstice I immediately think "girl," and people tend to be slightly more adventurous with girls names. Equinox makes me think "boy" and people are usually not so daring for their sons.

Personally I'm more likely to use Nox, but I still like the idea of using Equinox. It interests me, and I like names that interest me.