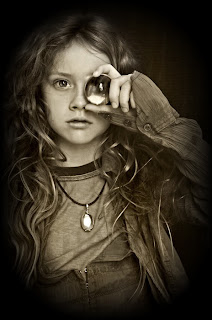 The novelty of our first snow storm in years faded pretty quickly when we were left without electricity, Internet, phone lines, and heat for two and a half days (and not just me, everyone in my county lost power). Our Internet is still down, I am writing this from the library. So if you've been wondering about the lack of updates, that's why. Anyway, continuing onto our Wicca-lite theme month, let's move on to Sage. My home Internet problems mean that this post didn't save the first time and I have to write it all over again, which is not even slightly annoying (GRR!).

Sage's (pronounced "SAYJ") two uses, as a plant and as a term for a wise person, have different etymologies but they both ultimately derive from Latin. The word sage as in the plant comes from the word salvus, meaning "healthy" or "safe." Sage as an adjective comes from sapere, meaning "to have good taste" or "to be wise."

The term sage can be applied to a number of plants, but when most people talk about it they mean salvia officinalis. This plant originated in the Mediterranean area, but now it can be found almost anywhere in the world. Sage has a long history of practical applications. When cooked it has a slightly peppery taste and it has been used to flavor meat, cheese, and sauces. It is one of the major herbs used in turkey stuffing for the Thanksgiving holiday. As for medicinal purposes, sage has been proven to be effective as a antibiotic, anti sweating agent, antifungal, estrogenic, astringent, antispasmotic, hypoglycemic, and tonic. Sage has also successfully treated mild to moderate Alzheimer's disease. This plant in recent years has been used for ornamental purposes. Appearance can vary greatly in size, leaf and flower color. Lavender flowers are the most common, but they can also be white or pink.

Sage is the spiritual spackle of the Neo-Pagan world. They are most commonly used for smudge sticks, which are a bundle of leaves wrapped into a wand shape. The smudge stick is then burned, and the smoke is spread throughout a house or some other space in order to banish negative energy or supernatural entities. Anyone who enjoys watching reality television shows that feature haunted houses have seen someone using sage in this way. Sage has also been used to heal snakebites and increase female fertility.

Of course, Sage could also be used as a virtue name. Being a sage person is an admirable quality. The word can be used as both an adjective and a noun. A Sage can be a title for a wise person, a mystic, or a prophet. In Plato's Symposium, he explained the difference between a philosopher and a sage. A philosopher seeks great wisdom, a sage has already attained it.

I really love Sage a lot. I personally prefer this name for boys, but it is equally beautiful for either gender. Sage is a simple, wise, and lovely name for the magickally inclined.

Image Credit:
http://blessedwildapplegirl.tumblr.com/
Posted by Isadora Vega at 11:48 AM