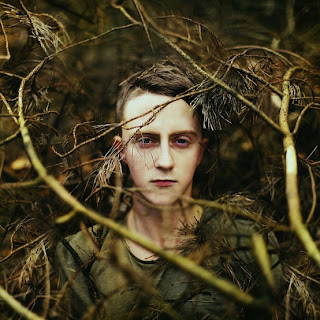 This name used to be popular only in Ireland and Scotland. Now it has reached mega popularity, and it just happens to be especially appropriate for Imbolc.

Aidan or Aiden (pronounced "AY-din") is the primary Anglicization of the Irish name Aodhan, a pet form of Aodh. Aodh means "fire," and it was the name of a Celtic sun god. Aodh, or Aed, is the eldest son of Lir, King of the Tuatha de Dannan (a race of people in Irish mythology). According to tradition, Aodh's mother Aobh died in childbirth giving birth to four children: Fionnuala, Aodh, Fiachra, and Conn of the Hundred Battles. Lir's second wife, Aoife, was jealous of the children and wanted them killed. But her servants had great love for the children and refused. As punishment, Aoife cursed the servants to live as swans for 900 years. Aodh grew up to be a minor god of the underworld.

This name is a classic in areas of Europe with a strong Celtic influence. It was given to many members of royalty, including King Aiden of Dalraida and Prince Aeddan ap Blegywyrd. It is also a name used by several saints. There is Saint Aidan of Lindisfarne, and also Saint Maedoc of Ferns who is sometimes known as Aedan.

One well known Neo-Pagan namesake is Aidan Kelly. Aidan Kelly is a Wiccan academic and a poet from America. He was born in 1940, which would have made him a teenager when Wicca was introduced to the world. He became a leader in the Neo-Pagan community while he was studying for his Masters degree in creative writing. A friend of his asked him to compose a ritual as part of an art seminar. It eventually led to Kelly founding his own branch of Wicca: the New Reformed Orthodox Order of the Golden Dawn. Now, Kelly has a bit of a sense of humor. His coven's name is a reference to the famous Hermetic Order of the Golden Dawn, the one that William Butler Yeats was involved with. Kelly was also essential in the formation of the Covenant of the Goddess, which is an organization designed to protect the civil rights of Wiccans in the United States.

Aidan first appeared in the charts in the 1990s and skyrocketed. The name peaked in 2003 at #39. Now it ranks at #94. Realistically, it always takes a very long time for mega popular names to leave the charts completely. And I'm not saying that because I dislike the name. I actually don't dislike Aidan at all. It's all the copycats that I'm not in love with. When it got popular a whole herd of invented rhyming "-adan" names appeared on the charts as well. Kayden, Zaidan, Jaden, you name it, it's been done.

One source is rather insistent that Aidan is historically a unisex name. Unfortunately, there aren't any female namesakes that I can find that backs that up. I've seen it used for girls in modern times on a very occasional basis. Some suggest that the feminine version of Aidan is Eithne. Going back to the masculine, variations of this name include Hayden, Aden, and Ayden.

Aidan is very good for boys that are born on holidays that are associated with fire, like Imbolc. This name does have one practical problem with this name. While writing this post, I kept wanting to spell it Aiden. There are so many spellings of this name that he is going to have to constantly repeat it for others. I wouldn't use the name personally because it is not likely to become obscure again anytime soon. But despite the trendiness, it's a nice name. It has a Witchier past than one might expect.