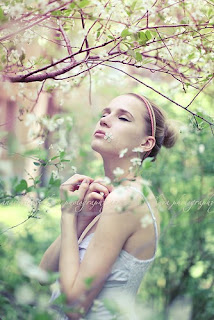 The next profile in my strange American names theme week proves that you can find name inspiration anywhere.

So a few days ago I was looking up art prints (because I can never have enough art prints) and this particular website had a collection of art inspired by each state motto. For example, New York's motto is "Ever Upward," Missouri's is "The Welfare of the People Shall be the Supreme Law," and so on. I look at the one for Washington state...and I couldn't for the life of me figure out what they were getting at. There weren't any recognizable letters there at all. So I had to google it. And I learned that the state motto for Washington is...Alki.

When I mentioned this to my mother she said, "Alki? As in Alki Beach? That's by Seattle." Jutting out into the Puget Sound, Alki (pronounced "AHL-kiy") Point was were the White settlement that became Seattle was originally. In fact, there was a point where they were seriously considering renaming the town New York Alki. But the, wisely in my opinion, they decided to go with Seattle. Alki Beach has been a popular place to hold outdoor music concerts since the early 1900s.

But what the heck does Alki mean? It's actually a Native American expression from the Chinook language. The Chinook were yet another coastal tribe, but they lived further down closer to what is now Oregon, so I'm not sure how the White settlers were familiar with this word. The tribe was encountered by the Lewis and Clark expidition, so it's possible that they might have recorded it. Alki literally means "bye and bye," but other interpretations include "I will see you bye and bye," "into the future," and "hope for the future." The early settlers liked it so much because they hoped that their little settlement would grow to become the Western New York City.

I love the meaning more than the sound or look of it, to be honest. It certainly doesn't look like any name that is trending today. I don't dislike it, but for me personally I would pick it as a meaningful middle name rather than a first name.

But if I saw it as a first name on someone else's child, I would love it. It's a great pick for someone with a strong love of the Pacific Northwest.