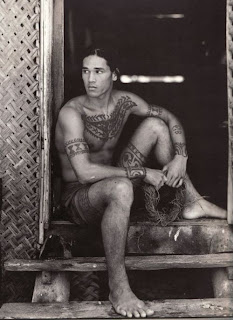 So last year I had a theme week for unusual and strange American names for leading up to Independence Day. It was quite popular so I would like to repeat that this year. However, I've hit several road blocks. Not only is the moving process still going slowly, which you already know about, but I'm also not going to be in my home country on July 4th. I'll be in Madrid for a week and a half being with my family celebrating my cousin's wedding. I told you my life was insane right now. But don't panic! I'm working as hard as I can scheduling posts for when I'm gone. So even if I'm not here, there's new posts here. To start of our strange American theme week, I'll cover the name of a place that's dear to my heart.

Seattle (pronounced "see-AH-tul") is a city in Washington named after Chief Seattle. Seattle's actual name Si'ahl, and I haven't found any explination for what it means. Some list the meaning as "reconciler" or "wisdom," but they might be letting the legacy of it's most famous bearer confuse them.

Seattle was born sometime around 1780. He belonged to two tribes because his mother was Duwamish and his father was Suquamish. One thing that was physically striking about him was that he was six feet tall, which was unusual for Native Americans in Pacific Northwest area. He also had a loud speaking voice and was a great orator. He earned an early reputation for being a great leader and warrior, defeating many enemy raiders. As was the custom at the time, he kept slaves from these raids. He had two wives (the first died after the birth of their daughter) and eight children total.

What Seattle will be remembered for is the kindness he bestowed to White settlers. He negotiated peaceful relations between the tribes and the settlers that benefited both groups. Seattle was baptized and given the name of Noah Seatlh. Whether or not he considered himself Catholic is a bit of a debate. There is a famous speech attributed to him about environmental values and civil rights, but historians are unsure whether the speech ever actually took place. When he died he was about 80 years old. There is a very famous photo of him in which he fell asleep during the taking of the photograph (well, you know how long cameras took back then).

The settlement of Seattle (originally called Duwamps) grew, and now has a big history of boom and bust cycles. The coming of the railroad and the Alaskan gold rush were prosperous times. In 1962 the Seattle World's Fair took place and left the Space Needle as a souvenier. Seattle has a reputation for being a bit of a hippy city nowadays, but it's also the headquarters of Boeing, Microsoft, and Starbucks, and Jimi Hendrix's hometown.

Seattle has never been on the American top 1,000. But I can easily see it appealing to the same people who like Aspen, Cheyenne, and Dakota. It has been given to girls in the past, Seattle Suttons was famous for inventing a diet plan.

Seattle has the unique ability to be both rustic and Western sounding, but also hip. I'm actually surprised that there aren't more little ones with this name.

P.S. The spellchecker is being a whiny little jerk again and not working. So these posts might have a few typos.