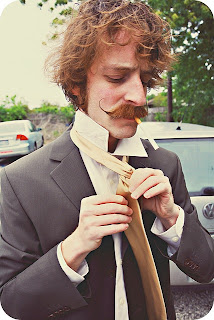 Sorry that this blog has been so neglected lately. I hate it when bloggers make long-winded apologetic posts about why updates are slower, but I feel like you all deserve an explanation. I'm in the process of moving. Not the blog, it's staying where it is. I mean in real life. I'm moving to a new apartment. Also, work has doubled my hours. That's why things have been quiet here, because real life is a bit insane for me right now. But I'm trying.

I received a request from Lori for Jameson, and she wanted something beyond "it means son of James." Unfortunately, I don't know how much I can add to that but there is something potentially interesting that I will get to later. In the meantime, I figured that I could profile James instead.

James (pronounced "JAYMZ") is an English name with a complicated origin. It comes from the Latin name Iacomus, which in turn is derived from the Greek Iakobos, which comes from the Hebrew Ya'aqov. This would make James a relative of Jacob, as they are both derived from the same source. The meaning is often listed as "he who supplants," but others say it means "heel." The later comes from the Biblical story of Jacob who was born grabbing Esau's heel.

James is the name of a few important characters from the Bible. It is used by two apostles: Saint James the Greater and James the Lesser. Saint James the Just is believed to be Jesus' brother. So it's probably not surprising that it is so traditional. James is pretty much accepted as a staple name of English culture, but more Scottish royalty had this name. It is also well used in American culture, as it was the first name of six presidents. To some Neo-Pagans, James might have a bad connotation because of King James (who wrote the "thou shalt not suffer a witch to live" version of the Bible) but I kind of doubt that that would cross most people's minds as the name is so widely used. There are literally tons and tons of namesakes for James.

James has never left the top 1000 in the United States. Its peak was during the 1940s at #1. It's current rank is #17, so it's not like it went very far. Surprisingly, there was a time in which James was also used for girls. It peaked in the 1920s at #379. It actually didn't fall out of the charts completely for girls until the 1990s. This would Jameson not only patronymic but also matronymic, meaning that it still means "son of James" but the "James" can be referencing a female ancestor.

James is such a traditional name that it doesn't even read as Pagan to me at all. But obviously it appeals to people and that's why it's still on the charts.