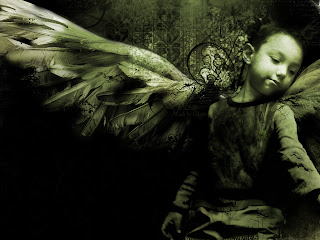 A while ago xxdiediedie requested Omega. I'm happy to oblige.

Omega (pronounced "oh-MEY-gah") is the 24th and last letter of the Greek alphabet. It was used in ancient times and it is still in use in Greece today. Phonetically, it's pronounced like the vowel sound in "raw." Omega is actually a Byzantine word (Medieval Greek). The Ancient Greeks simply called this letter "O." The word literally means "great O" as mega means "great." As a vocabulary word, it is often used to denote the last, the end, or the limit.

Omega would be a meaningful name if the parents are into either math or science. I'm too dumb to understand half of the concepts that physicists, mathematicians, astronomers, biologists, and computer engineers have applied omega to, but I'll list off a few anyway. In astronomy, Omega represents the density of the universe and is also used as a ranking for a star's brightness within a constellation. It is used as a measure of evolution at the protein level (whatever that means). And that is literally all I could at least slightly comprehend.

Omega appears in other instances too. Depending on how old you are, you might recognize it as the symbol of resistance against the Vietnam War era draft. It is sometimes used to represent the date of death on grave markers. In wolf packs, omega is the lowest ranking member of the group. The name has a slight Christian tinge to it because in the New Testament God describes himself as the "alpha and omega." As a name, it appears in a few comic books and science fiction television shows, movies, and books.

Omega has never been a common name in the United States. I feel that Omega works in the same way that Ultima does. It's great for an only child or the last child, but it's strange any other time. Omega is so heavily associated with "the end" that it would be weird if it was given to the first child.

Still, it's a great option. It's unusual but most everyone will know how to spell and pronounce it. I almost said it was nickname proof until I saw the "Meg" possibility. Personally I see it as more masculine, but it could work for both genders. So Omega's got a lot going for it.