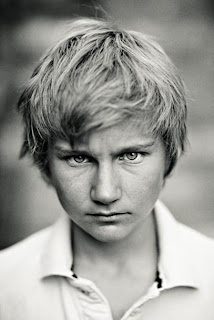 I remember reading a post about how this woman's daughter loved the name she gave her when she had to do a report on the history of her name for school. Her name was Kestrel. I loved it too. I thought that this was an awesome animal name the moment I first saw it.

Kestrel (pronounced "KES-trel") is the name of a type of falcon. It's derived from the Old French crecelle, meaning "rattle." This is in reference to the sound of the bird's cry.

Kestrels differ from other falcons in a number of ways. First is their coloring, they have light brown feathers. This plumage is slightly different between male and female kestrels, and the female kestrel is usually bigger. Their hunting behavior is also unique. They can hover over a field at 10 to 20 meters before swooping down on their prey. Types of kestrels exist all over the world. They have adapted very well to urban environments, often living on buildings and by roads.

Many designers have been inspired by the bird. Kestrel is the name aircrafts, spacecrafts, a train, a helicopter, and a glider. The bird appears in literature and movies. The novel A Kestrel for Knave by Barry Hines is about a troubled boy who's only solace is training his kestrel. It inspired the movie adaptation Kes, which remains a classic in England. This name has also been used in fiction. Kestrel is worn by many video game characters. The webcomic Queen of Wands features a Pagan character named after this bird. The Melbourne Kestrels is an Australian netball team.

There seems to be a disagreement as to which gender this name belongs to. Some are bizarrely insistent that it's a girls name (maybe because the female kestrel is physically larger, but I doubt that most people know that). Other sources list it solely as a boys name. I'm not sure why they don't just say it's unisex, because it would work great for either.

I keep wanting to say that it has a Medieval flair, although that's not logical at all. Of course it wasn't used as a name back then. It does have a woodsy, fantasy-Medieval feel to it, though. And I always picture it on a young knight, no matter if it's on a boy or a girl (hey, Joan of Arc wore a suit of armor). Kestrel is a name I would definitely pick for a child.