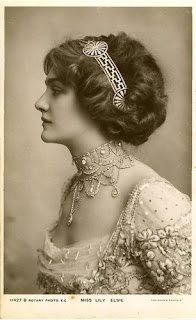 I was worried that since Spain is mostly Catholic that there would be nothing but Jesus art all over the place. It turns out that that's not an issue in Madrid. Not at all. There is still lots of Jesus stuff, but Madrid has tons upon tons of Pagan-inspired art. They just love their Roman art. One of the most prominent is the Fountain of Cibeles.

Cibeles is actually Cybele in America (pronounced "SIB-eh-lee"). It is a Phrygian name, so I'm placing it under Greek names because Phrygian is very closely related to Greek. It's derived from Matar Kubileya which might mean "mountain mother." Cybele was originally worshipped in Anatolia, which was located in what is now Turkey. Not much is known about how she was worshipped back then except that she had something to do with mountains, lions, and hawks. We have a few statues from that period that depict her giving birth while sitting on a throne. Throughout the centuries she has remained a mother goddess and a primal goddess of nature.

Cybele was assimilated into Ancient Greek mythology when they took Anatolia as a colony. The extent of her influence depended on where in Greece they lived. She was a foreign goddess, so she was either seen as an exotic import or a dangerous influence. She is sometimes merged with Gaia, Rhea, or Demeter, which leads to some confusion. But Athens in particular loved her. Rites and processions depicted her riding a chariot pulled by lions (which is what the Fountain of Cibeles looks like). She had a wild reputation and her festivals were celebrated with much debauchery. A unique attribute to Greek mythology surrounding Cybele is that she has a eunuch consort named Attis, and her cult had many eunuch priests.

The Romans officially adopted her cult during the Second Punic War. They felt like they needed some extra protection after a meteor shower and a failed harvest. In Ancient Rome, Cybele was worshipped quite differently. The Romans decided that the Greek way was undignified and cut out the eunuchs and the wild celebrations. Her most important festival was the Hilaria which took place between March 15th and 28th. It commemorated the death of Attis and Cybele's rebirth. Spain was certainly part of the Roman Empire, so it is reasonable to believe that Cybele's cult reached there as well. The Fountain of Cibeles is actually a newer structure made in the 1700s. There is also Cibeles Palace, although that was not the structure's original name.

Cybele has never been a common name in the United States. A possible problem is that some people might want to pronounce this name closer to Sybil. I know that I did when I first saw it. The Spanish pronunciation of Cibeles is "sih-BEHL-es," which is quite lovely. One great thing about this name is that it's an interesting way to get to Belle or Bella. Kybele is a variant spelling.

Cybele is one of my favorites, and I love the connection to Spain. It's another great mother goddess name that would be lovely on a little witchlet.