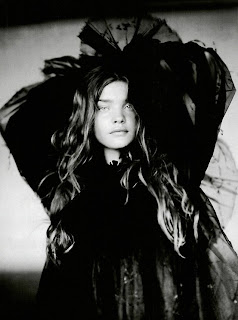 A month or so ago, and old college chum of mine gave birth to a daughter and named her Calliope. I clapped my little hands in glee. Congratulations, Julia!

Calliope (pronounced "kah-LIY-oh-pee") is a Greek name meaning "beautiful voice." Her name is sometimes spelled Kalliope or Kalliopi, which kind of makes me think of the Kardashians. She is a muse, and her calling is epic poetry. She is the daughter of one of the original three muses, Mnemosyne (Memory), and Zeus. She is well known for being Homer's muse, and in many artistic renderings she is holding a copy of The Odyssey. She is also depicted holding a stylus, a scroll, or a wax tablet. Calliope was the eldest of her generation of nine muses. She is the wisest and the most assertive.

In one story, Calliope is the lover of the war god Ares and gives him four sons, Mydgon, Edonus, Biston, and Odomantus. These sons founded the four Thracian tribes. In other stories, Calliope is the mother of Orpheus and Linus, by either Apollo or King Oeagrus. She taught Orpheus how to sing. When her son was dismembered, she found his head and enshrined it on the island of Lesbos.

There are several other associations with this name. Saint Kalliopi was executed during the Roman's violent suppression of Christianity, but not much is known about her other than the fact that she was beheaded. A calliope is also a type of musical instrument that is commonly played at circuses and carnivals. It's the small organ that is often built into carousels.

In more recent years, Calliope is the hero in the novel Middlesex. Calliope is a person born with ambiguous genitalia that is raised as a girl even though he is genetically male. If you're a fan of Grey's Anatomy, you'll recognize this as the full name of Dr. Callie Torrez. The name also shows up in several video games.

According to hearsay, which isn't very reliable, this is a popular name in Greece and most of them go by "Poppy." It has never been a popular name in the United States, and people are more likely to call little Calliope's "Clio." Either way, Calliope is a wonderful name for those looking for a sound alike for Penelope. I love seeing that there's a new little Calliope in the world.

Image Credit:
Found via http://pinterest.com
Posted by Isadora Vega at 9:27 AM