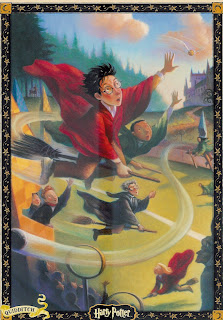 Now for something fun! Desert Dawn needs names for a Harry Potter fanfiction she's writing. She wants Celtic festivals for their last names. She already has characters named Antimony Imbolc and Faolan Lughnasadh. She needs a female baddie and a male hero.

As far as names of Celtic festivals go, you still have Beltane and Samhain to choose from. The Solstices and Equinoxes were split into what was known as the four Albans: Alban Arthuan, Alban Eiler, Alban Heruin, and Alban Elved. Obviously, you can't use Alban for a Harry Potter fanfiction (too much like Albus), but everything else is up for grabs. So if you wish to stay with the holiday thing, those are your surnames.

As for the first names, let's try the traitor girl first. I have to admit, I'm not sure what qualifies as a "traitorous girl" name, all I know is that it can't be weak:

Now let's do the hero guy. Desert Dawn described him as being like James Potter, which I interpreted as a more British everyman-type name:

Hope this helps! Maybe some readers have other ideas.