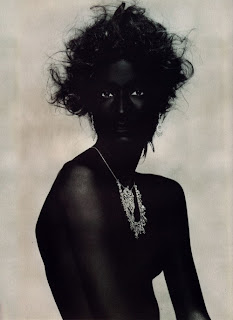 Sirocco (pronounced "sih-ROH-koh") is an Italian word meaning "hot wind blowing from the Sahara Desert." Sometimes spelled scirocco, this name might ultimately come from the Arabic sharqi, meaning "Eastern" or "the east wind." For the Spanish speaking people reading this, this name is not to be confused with Socorro.

This particular wind is well known for being incredibly hot and dusty. That dust is the red sand coming off of the Sahara and it can reach as high north as Britain. This hot air mixes with the cooler air of Europe and causes storms and heavy rain. The wind is very strong and can last up to four days. In the Sahara Desert it could cause dangerous sand storms. In Europe they're a lesser concern. While the damage from siroccos is not usually extreme in the same way that hurricanes are, they do cause property damage and health concerns. Another name for this wind is Ghibli, which is where the name for Studio Ghibli came from. Studio Sirocco somehow doesn't work as well.

In Greek mythology, deities known as the Anemoi ruled the winds. Notus was the one in charge of the south winds and therefore siroccos. He was feared as a destroyer of crops and brought the storms of late summer and autumn. In Roman mythology his name is Auster.

Sirocco has never been a popular name in the United States. It is probably not used as a given name in Italy. Aside from Scirocco, other variants are Siroc, Sirokos, Siroco, and Xaroco. Apparently there's a car called Scirocco now? Ugh. I hate it when that happens. It might open up more people to the name, but it could also cheapen it.

Sirocco is one of my favorite unisex names. I am slightly superstitious though and I think that a child with this name could turn out to be a lot to handle. A little whirlwind of energy. It could be shortened to either Siri or Rocco. No matter what, Sirocco will be a name that isn't heard every day.