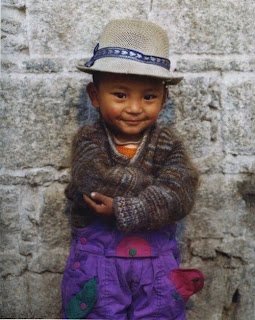 Gabor (pronounced "GAH-bohr," although I've heard it pronounced "gah-BOHR") is basically the Hungarian form of Gabriel, a Hebrew name meaning "strong hand of God" and one of the seven archangels. As a surname it was often used by Jewish people living in Hungary. I find it interesting that Z. Budapest, arguably one of the strictest Wiccans around, picked names for her children that were so obviously linked to Christianity.

It's also interesting that they both have ties to film. Although this name is traditionally masculine, I can see it being used for girls because of the famous Gabor sisters. Magda, Zsa Zsa, and Eva Gabor were actors and socialites during the post-war period. Aside from their careers they were also famous for their multiple marriages and their accents. Zsa Zsa was the most successful of the three, and she is the only one who is still alive today. Many names referencing the golden age of Hollywood are coming into use, so why not Gabor?

Out of the two, I prefer Gabor over Laszlo because I associate it with the Broadway musical Spring Awakening. Melchior Gabor is the lead character. He's the heart-throb and also the most precocious of the children because he has the most access to books. His actions set the story into motion. He gives his tormented best friend a sexual pamphlet and has a romantic tryst with a girl named Wendla.

Gabor has never been a common name in the United States. It is an interesting option. It's not for me, but it has potential for getting used more.