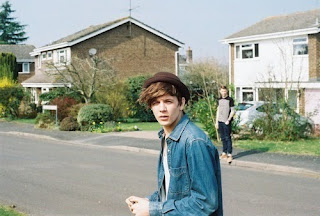 During this party I would be remiss if I covered Nessarose and not Liir, another Gregory Maguire creation for his mature version of Oz.

Liir (pronounced "LEER") is "probably" the son of Elphaba and Fiyero. I say "probably" because there is a point in time in Wicked where Elphaba is unconscious for a few years, long enough to carry a baby to term and give birth without her being aware of what's happening. Throughout Wicked, Elphaba never treats Liir like a son, but she is not shown to be an affectionate person in general. Liir is the main character of the sequel to Wicked, Son of a Witch. For you fans of the musical, don't feel bad if you don't recognize his name, he was written out of the adaptation. And if you didn't read any of the original books, what I'm about to say next might have some spoilers, so you might want to skip to the second-to-last paragraph.

Throughout Son of a Witch, Liir is trying to find out what happened to his half-sister Nor, but this quest is often interrupted. When he is shown as a little boy in Wicked he's described as being a little pudgy, but he seems to have grown into his beauty by this book. He has inherited some of his mother's abilities, like being able to fly her broom. He does not have his mother's green skin or allergy to water.

Liir is not your typical hero. Throughout the course of the sequel he is filled with self doubt. He is also bisexual, which was foreshadowed in Wicked. In the first book he had a brief crush on Dorothy, but also on his half brother. In Son of a Witch, he has a love affair with another man. But he does manage to impregnate Candle, who gives him a daughter named Oziandra Rain. Rain is born with green skin, which proves that Elphaba was her grandmother.

Attempting to find out where Liir's name came from is tricky. Maguire has never stated how he came up with it. Some sources list Liir as a variation of Liam. I'm not sure I buy that. It does have a similarity to the Hebrew name Lior, meaning "my light." But I think it has the most in common with Lir. Lir is the Irish version of the Welsh name Llyr, and it means "the sea." Llyr was the Welsh god of, what else, the sea. This god was probably the basis for the legendary King Lear.

For those that aren't familiar with the books, it looks like it could be a Medieval name. So it's kind of sneaky-nerdy. An interesting option.

Image Credit:
http://weheartit.com/
Posted by Isadora Vega at 10:15 AM