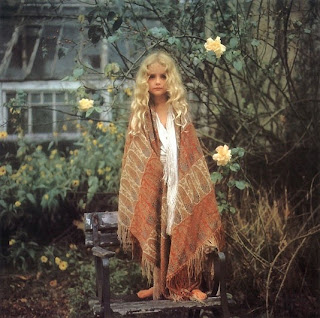 Blessed Ostara, everybody! And to everyone in the southern hemisphere, Blessed Mabon! I was hoping for a Spring Equinox that was not freezing and wet, but that's too much to ask in the Pacific Northwest. In any case, it is the perfect time to profile the name of a flower associated with this holiday.

Jonquil (pronounced "JAHN-kwil" with a soft "j" almost pronounced like a "z") is a French word derived from the Latin iuncus, meaning "rush" which might be in reference to it's leaves. There seems to be some confusion as to what a jonquil exactly is. Basically they are a type of daffodil and narcissus called Narcissus jonquilla. This variety originated in southern Europe and northern Africa. The word jonquil is most often used in the American south, where it is used to describe all daffodils and narcissus'. They look exactly like daffodils to my untrained eye.

Jonquils have appeared frequently in mythology and culture. Unfortunately, I can't talk too much about it because most of the time the stories reference the more famous narcissus or daffodil. So you'll just have to wait for those posts for a lot of details. The daffodil is the national flower of Wales. It is the birth flower for the month of March. In Victorian flower language, jonquils mean "I hope for return of affection." There are not many medicinal uses as the bulbs of the plant are poisonous. Beware, for they are easily confused with onions. When people use the word jonquil to describe a color, they are referring to a pale yellow.

Jonquil pops up as a name a few times in history. Both Jonquil and Jonquille are French family name. Some sources list this as a boys name as well as a girls name, and it's history as a surname may be why. But it could also be due to a particular warship. The USS Jonquil was used by the U. S. Navy in 1863. It was used during the American Civil War by the Union soldiers. It wasn't used for anything particularly exciting, but the association with battle would have made it a unique choice for boys back then.

This name is not commonly used for boys today. In, fact the name is not commonly used at all. It is such an unfamiliar term for most people today. But it is a beautiful word to say. I profiled Quill a while back, Jonquil could be an interesting way to get to that nickname. You could also use it to get to Jon, although it would be pronounced more like Jean, as in Jean Valjean.

So for someone looking for a really fresh and unusual botanical name, Jonquil is right up your alley.