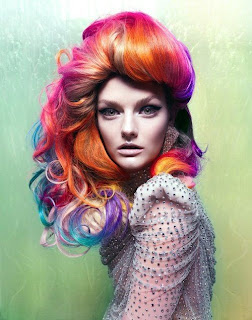 Does it really count as a request if I had it lying around my unfinished profiles anyway? Whatever, I'll give xxdiediedie credit for it.

Foxglove is one of the oldest names for the plant formerly known as digitalis purpurea. It means pretty much what you think it means. The Anglo Saxon foxes glofa is the earliest known form of the word. This name comes from the shape of the flowers which resemble the fingers of a glove. Some believe that the name came from a different meaning. In English, the plant was originally called folksglove, the "folk" part referring to "fairy folk." "Folks," "fox," they sound pretty similar.

Foxgloves originated in Europe and is an especially popular wildflower in Britain. The plant was then introduced to the North America, and they have settled in pretty well here. They don't need a lot of soil to thrive, preferring to grow in wooded areas. Like the lupine, foxglove improves the soil for other plants to use. The life of a foxglove is short as they only live for two seasons. This plant is a favorite to bees, who hide inside the flowers when it's raining. The flowers typically come in shades of purple but sometimes are pink, yellow, rose, or white.

As it's earlier name suggests, foxgloves are heavily associated with fairies. It was believed that fairies used the flowers as mittens. Another legend says that they gave the flower to foxes so they can use the flowers as shoes that would muffle their footsteps. Some other names of the plant are witch's gloves, bloody fingers, gloves of our lady, dead man's bells, or fairy thimbles. The Norwegian name for this plant is revbielde, meaning "foxbell" (which would make a great name as well). In Christian traditions, the plant is associated with the Virgin Mary. This is probably a coded reference to the plant's earlier connection to Venus.

Foxglove is poisonous when eaten, and can cause cardiac arrest and death. But it is also used in heart medication, so it can be beneficial if you know how to use it. But I wouldn't take any chances. The Ancient Greeks and Romans used foxglove juice to heal sprains and bruises. Rumor has it that Medieval Witches would use this plant for death potions. I don't know if that's true, but it would work. Giving foxglove tea to your plants will improve their health.

Foxglove has never been a popular name in the United States. I don't see any indication that it was used during the Victorian flower craze either. It does, however, appear to be a popular magickal name in the Neo-Pagan community. It has a well-known Neo-Pagan associated with it. Katrina "Foxglove" Kessler, a young woman who died suddenly earlier this year, was well known for her video podcasts.

Foxglove keeps getting added and deleted from my favorites list. It's a very interesting botanical name and it's very unique. It also feels like the name for a fairy, which isn't really the vibe that I would want to go for for my own children. But if you're into that sort of thing, Foxglove is a fantastically witchy name.