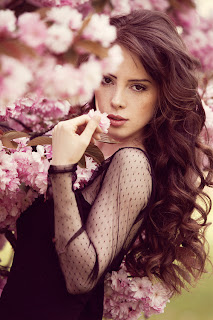 I've found this name intriguing ever since I've first heard it. But this particular "Ella" moniker might be an acquired taste.

Prunella (pronounced "proo-NEH-lah") is Latin name meaning "little plum." Prunella is the name of an Italian fairy tale that features a heroine of the same name. I've already told most of the story when I profiled the name of the hero, Bensiabel. But I left out how she got to be the witch's slave in the first place. Prunella loved to eat plums, which is how she got her name, and she ate plums off of a particular tree. This particular tree happened to be owned by the witch, who was infuriated that someone would steal her property. So she hid and waited for whoever was taking her food, and caught Prunella in the act. The witch kidnapped her and took her as a slave. She has her for a few years before Bensiabel shows up and the story really begins.

Those that have read the story might question Prunella's status as a heroine. Gods, she's a little miss issues-with-tissues, isn't she? She breaks down and cries at every little obstacle in her path, Bensiabel does everything for her. I find that very interesting. It might be Prunella's fairy tale, but Bensiabel and his mother are much more interesting and (I think) more sympathetic. Also, looking at this tale in particular, it's very clear why people gravitate towards witches. The witch might be punished in the end, but the good girl is punished throughout the whole story.

Another plant associated with this name (besides the plum tree) is Prunella vulgaris, which lives in temperate regions throughout Europe, North America, and Asia. This plant has purple flowers, which is probably why it has that name. It is also known as the self heal, heal-all, or heart-of-the-earth. As it's nicknames suggest, this plant has long been used to cure many ailments. Some of them include fever, internal bleeding, diarrhoea, and infection. Christians believed that it was a holy herb brought down by God, and Native Americans would drink heal-all tea in order to sharpen their senses before hunting. It is edible as well and is often used in salads, stews, and soups.

Prunella has never been a common name in the United States. One one level, it seems like it would be perfect for those looking for an uncommon name that can be shortened to Ella. But some people might have a problem with the word "prune" in it. Many associate it with wrinkly old people. The only two namesakes I could find were both English actresses, Gee and Scales, but they're both above the age of sixty. There is only one variant form: Prunelle.

Prunella is somewhere between exotic and clunky. It might appeal to those that like names like Earnestine or Opal. It has appeal but it won't be popular anytime soon.