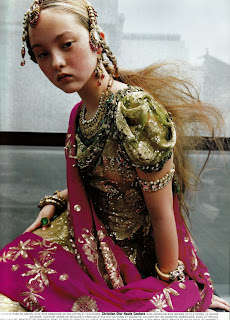 I see this name come up quit a bit on websites and books that suggest Wiccan names. Maybe it's because cinnamon is used a lot in holiday cooking, but I feel like making this one of the first profiles.

The delicious spice that I use in my baking comes from the inner bark of cinnamon trees, which are native to Sri Lanka. The word cinnamon comes from the Greek "kinnamomon." The spice has been used since ancient times, as early as 2000 BC, but was rare and very expensive in the West. In ancient Egypt, it was essential in embalming. Cinnamon was a gift fit for kings and gods, there are records of cinnamon left as offerings at the temples of Apollo. Both Christians and Pagans agreed that this plant had a spiritual energy and used it in their rituals.

However, the origin of this plant was a mystery for a long time, as those working in the spice trade kept it a closely guarded secret in order to avoid competition. Stories of the origin of cinnamon became fantastical: one was that it was transported by giant cinnamon birds from an unknown land to Arabia where they built their nests. It wasn't until 1270, when an author named Zakariya al-Qazwini published the true location of the cinnamon trees, that anyone in the West knew where the spice came from.

After that, a barrage of European countries conquered Sri Lanka in order to monopolize the production of cinnamon. First the Portuguese, then the Dutch, then the British. But by the time the British took over, the popularity of cinnamon was declining in favor of chocolate, sugar, and coffee.

Today, cinnamon is grown in many countries including India, Indonesia, Vietnam, Brazil, Madagascar, Egypt, and more. However, the top producer is still Sri Lanka, supplying 90% of the world's cinnamon. The spice is used mainly as a flavoring for deserts or as an ingredient in perfume. But Neo-Pagans can use it for other things. Folk medicine uses it as a gentle, natural cure for a variety of bodily complaints. The oil from cinnamon has been used to prevent and treat colds. Cinnamon tea eases many pains like menstrual cramps, sore joints, gas pain, stomach aches, and flu symptoms. Although not officially tested, many swear by it's ability to repel insects.

It's not uncommon for Neo-Pagans to root through different spices and herbs for name inspiration. But unlike Ginger, Basil, and Saffron, Cinnamon is not really established as a given name. Personally, I think it sounds like just a word. That's why I imagine this more as a pet's name than a baby's name. But it's not completely unheard of. On the Baby Name Wizard website, Cinnamon is listed with a note from one parent who wanted to name her oldest daughter something special and different. She sure accomplished that.