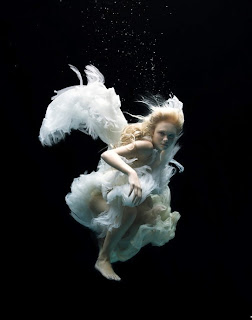 Last year I went to a fundraising party for Samhain. They conducted a ritual and Lilith was the goddess that was invoked.

Lilith (pronounced "LIH-lith") is a very ancient name and I was met with conflicting ideas when it came to finding it's origins. It is commonly listed as a Hebrew name but it actually predates Judaism and it's probably Babylonian or Akkadian. It derives from lilitu and it means "of the night." However, both layil in Hebrew and layl in Arabic both mean "night." The Lilitu is a class of female demons in Mesopotamian mythology. Although we have scores of material for Lilith in Jewish religion, we have next to nothing in regards to it's Pagan origins.

There is an ongoing debate as to whether or not Lilith is actually mentioned in the Old Testament. A Lilith is mentioned on a list of "unclean animals," but that's really it. The popular story of her being Adam's first wife is a Medieval invention. In it, she was created alongside Adam as opposed to being made using Adam's rib like Eve was. Lilith refused to be subservient to Adam and as a result was punished by God and transformed into a demon. At the time the story was a warning to women, but this is why Lilith is often regarded as a feminist icon today.

Depending on what type of Neo-Paganism you embrace, Lilith is looked at in different ways. However, the "primordial dark mother" tag seems to remain constant. In Wicca, she is an darker embodiment of the Great Goddess. In Aleister Crowley's book De Arte Magica, Lilith is depicted as a succubus. It appears that Crazy Uncle Al loved the name so much that he gave it to his first child. His daughter was named Nuit Ma Ahathoor Hecate Sappho Jezebel Lilith Crowley (I am not in the least bit surprised). Doreen Valiente called her the goddess of the Craft, stating that she is "the personification of erotic dreams, the suppressed desire for delights." If you're into Stregheria, Lilith is often associated with Aradia.

Is Lilith a controversial name? I actually don't know. I assume it would be in conservative Christian or Jewish circles, but how about everyone else? I've never seen anybody raise a stink about it. In any case, it's not controversial enough to not appear on the charts: it now ranks at #923. It's a new addition, it first appeared in 2010. So who knows if it'll be fully accepted in the same way that Delilah and Salome have.

I think it has a definite chance. Lilith has a very soft sound, kind of like a combination of Lily and Gweneth. Also, the popular women's music festival Lilith Fair has done a lot to put a more positive spin on this name for more mainstream people. And there may be a character named Lilith in True Blood? I don't avoid that show, but I think that's true. Despite all that, there are still going to be a few Neo-Pagans that will find this name too loaded. I actually agree with both viewpoints, Lilith keeps entering and leaving my favorite name list. Still, I love seeing it on the children of others.